After living through the greatest podcast mini-series in history on the subject of the X-Men cinematic universe and going to great effort to provide a definitive and objectively correct ranking of all the X-Men films, I was left with many thoughts on many important subjects. The issue of representation in cinema and popular culture. Appropriating stories of oppression for the sake of silly superhero stories. Today marks the first of many (or possibly none) listicles essays on such important issues permeating throughout the franchise…who were the best villainous sidekicks in the history of the franchise?

The big popcorn summer blockbusters are often light on, let’s call it, “character work.” There are probably a handful of characters that get some attention. If you’re lucky, the villain in the story actually feels like a three-dimensional human being. That’s a rarity though, even in the precious MCU. Unsurprisingly as a result, it’s often uncommon that the sidekicks of villains register at all as memorable let alone as characters. There is just no time for them by these films’ standards.

With that in mind, one of the most celebrated villainous sidekicks ever was Boba Fett in the original Star Wars films. Why? He was extremely effective at his job. He had a distinct look. He had a distinct transportation vehicle. He did more with less in terms of screen time and dialogue (only talked in one of his two film appearances). The hero characters clearly treated him like a threat.

In other words, he made an impact. It’s a tough thing to do when you’re not a character, but he clearly did it.

Now, it’s time to look at the villainous sidekicks from the X-Men films to see who did it the best. While there were no legendary Boba Fetts in there, we do get some effective ones.

Okay, admittedly, this is not the best start to the list. There’s a decent chance you do not remember her in any way, and I had to look up her name. That being said, I thought the ex-MMA star conveyed the physicality really well, and the character was of great service in the closing action scene where Deadpool’s makeshift team went to save his lady love.

Does anyone else remember this lad’s outfit on the yacht? The dude can wear the hell out of white short shorts. That alone warranted a spot on the list. Beyond that though, he played the part of a silent sidekick very well, his power was unique, his casual demeanor was fresh, and he added a lot to the big action scenes. This was a very random but inspired choice of sidekick for Sebastian Shaw. 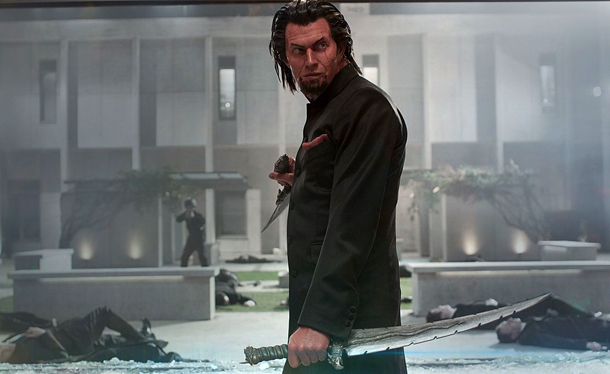 Azazel was a slight step above Riptide for me for the cruel efficiency in which he killed people. He would teleport here and there with rapid speed and then either stab them with a sword or drop them to their death from a terrifying height. This was one of the most sinister aspects of any X-Men film, and Azazel should have been brought back in future films to pay it off somehow. The fact that he was killed off screen before the next film was a serious miscarriage of justice. #JusticeForAzazel

(To be clear, Liev Schreiber’s Sabretooth is not being included here. That is for all intents and purposes a separate character and certainly a separate performance.)

After our list started with three lesser-known characters, Sabretooth becomes our first legendary X-Men character on the list. This film did not really do him justice as a character. As a villainous sidekick though, Tyler Mane managed to accurately capture the physicality and menace of Sabretooth. His humanity managed to be stripped away by this point, but that left only the animal behind. Mane portrayed the animal very well. 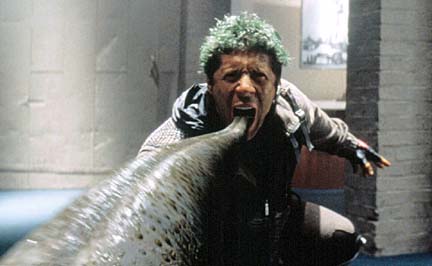 Toad was in some ways an ideal villainous sidekick. He was funny in a nuisance kind of way. He had distinct abilities. His athletic prowess led to a lot of fun choreography (that tragically only got teased here). If he got to have that planned showdown with Nightcrawler in the next film, he might have moved up the list even more. Ray Park also just has such a unique charisma to him as an action “star” that this film was able to capture in small doses if nothing else. 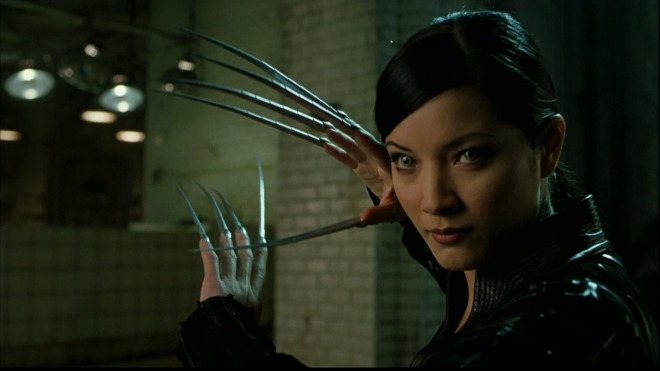 Another mutant with a heeling factor facing off with Wolverine later became a major crutch for X-Men films, but it was still super fresh and executed the best with Kelly Hu in this film.

They opted for a slow burn with her “character” “arc” here, as they continuously teased her powers and abilities throughout the film. She’s quickly established as a lethal fighter when she rather easily dispatches of Cyclops. She then has an excellent fight with Wolverine where they once again choose to slowly reveal the full extent of her mutation. Wolverine does not piece together that she too has the heeling factor, and it genuinely seemed hard to believe that he would escape this battle with his life.

After he is finally able to kill her, they manage to give Kelly Hu her best moment. The serum used to subdue her wears off in her final breaths which makes her death completely tragic as Wolverine and the audience were forced to appreciate that she was simply another victim in Stryker’s war against the mutants.

Rebecca Romijn’s portrayal of Mystique was such a revelation both for her as a charisma machine and for the potential of the badassery of Mystique.

The first film was all about appreciating Mystique’s physical abilities. She was portrayed as being the best hand-to-hand fighter in the franchise and clearly defeated Wolverine in such a situation.

The second film showed off her more calculated side and the righteous anger she has at the oppressive human race. She deftly operated undercover in the government for years and managed to break Magneto from his plastic prison in a most ingenious manner. She also got a genuinely wonderful character moment when she made clear to Nightcrawler and the audience that her ability to “pass” as “normal” should not be an excuse to make her do so.

It was all set up perfectly to conclude her story in the third X-Men film which of course completely failed to happen in every way. But that’s another article.