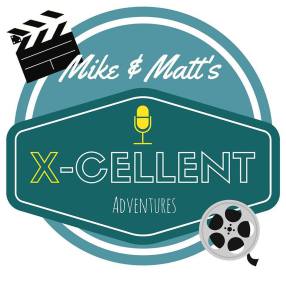 In the last seventeen years, the world has seen ten films in the X-Men film universe. Mike and Matt have discussed them all individually and now have ranked them all in order to get some extra hits because that is the logical and honorable thing to do. (This was written by Mike.)

That’s right, we’ve each individually ranked the X-Men films and used that to generate an aggregated list that could create wild results like Mike willing Batman ’66 far higher than it deserves to be on a ranked Batman list for instance. So let’s see what kind of chaos our differing tastes can create when applied to X-Men. (This was written by Matt.)

Mike: Fuck this film. Fuck every single aspect of this film (okay, Kelsey Grammar was fine). This film is somehow unbelievably bad in just about every way (including Hugh Jackman’s worst performance as Wolverine and the embarrassingly hammy performances from Ian McKellen and Patrick Stewart). More importantly though, this was the film that killed the through-line of the X-Men film universe. It completely botched the conclusion to the original trilogy and was so bad that the franchise has basically been behind the eight-ball in terms of public perception ever since. Fuck this film.

Matt: The writers of this film think that wolverines howl at the moon. They think wolverines are small or possibly female wolves. The fact THAT isn’t the worst thing about this train-wreck is a testament to what a disaster it is. Not even the presence of the always excellent Liev Schreiber and cult hero Tim Riggins can overcome the ridiculousness of Weapon XI, adamantium memory loss bullets, poor writing, enormous plot holes and a teleporting will.I.am giving a legendarily bad performance. Still, those opening 3 minutes of Ryan Reynolds: pretty great.

Mike: I actually almost feel bad about this movie getting put ahead of #9 and #10. This might be the most boring film released in the last decade. There’s almost nothing remotely interesting, redeeming, or notable about this picture at all. It’s really just its lack of dramatically bad things that prevent it from being the worst X-Men film. It’s crazy that this creative team would go on to produce Logan, which is easily one of the most fun and compelling X-Men features. Life is weird that way. 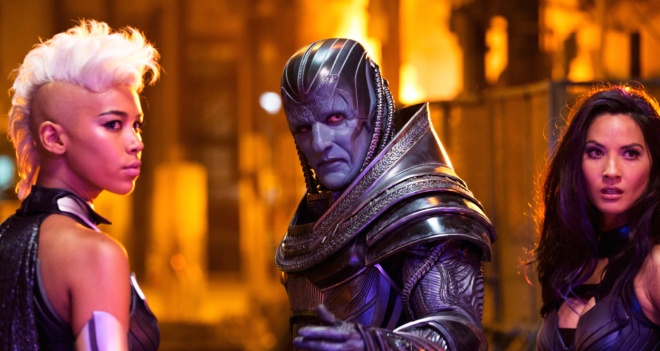 Mike: This is basically The Dark Knight Rises of the X-Men films. It’s the conclusion of a trilogy that breathed some much-needed new life into a potentially languishing franchise. It decided to go out on an incredibly ambitious note in order to produce an epic story with larger-than-usual stakes. It amassed a large ensemble pulled from previous films and added for this one.

And the film basically just collapsed under the weight of itself as a result. It’s still a good bit of fun though with lots of good sequences and general “easy-to-watch” quality. They just went for too much though in one shot, and it led to no one story or arc feeling particularly satisfying. It was a mixed bag to say the least.

Matt: What a breath of fresh air this film was. Few people love comic book movies more than me, but even I’ve got superhero fatigue at this point. Deadpool is the perfect medicine though, not-so-gently poking fun at the entire genre while functioning as a self-contained comedy action flick that literally anyone can sit down and enjoy. It’s funny, it’s stylish, it’s brutal and… admittedly the villain is awful. But who cares? Ryan Reynolds’ entire career has been building toward playing the role he was born to play, charismatically catapulting Deadpool into the white hot centre of the sun of pop culture. Happy International Women’s Day.

Mike: On an artistic level, the X-Men franchise was dead in 2011. The Last Stand and Origins: Wolverine were body blows to the credibility of the films, and it seemed that Fox was completely lost in regards to what to do with this property going forward. Things seemed to be getting worse with the decision to fast-track this origins story/prequel/reboot. “Fast-tracking” is basically always a bad thing…but somehow this worked.

This was the breath of fresh air and sign of life that X-Men desperately needed. James McAvoy and Michael Fassbender managed to craft interpretations of Magneto and Charles Xavier that were wholly their own. Kevin Bacon delivered a shockingly fun turn as the James Bond Villian. They even managed to luck into locking Jennifer Lawrence in to a three-film contract before she truly broke out.  (Though they never managed to cash in on whatever starpower she had, and her performances got progressively more and more lifeless.) This was a major turning point for a franchise that threatened to never recover.

Matt: Seventeen years ago, Fox released a big budget ensemble superhero movie and changed the course of film history. Sure there had been a bunch of Superman and Batman films, but those characters are so engrained into society they don’t even count, and Marvel was years away from even getting into the game let alone running it. The casting of Patrick Stewart and Ian McKellen as Professor X and Magneto laid a foundation so incredibly strong it propped up ten follow-ups (and counting), while also launching the career of then unheard-of Hugh Jackman, who took almost two decades to top his first performance as Wolverine. The scene on the train with Rogue is truly beautiful, and his back and forth with James Marsden was pretty fun. Doing this podcast made me sit down and really watch the first X-Men film for the first time in a long time and I was surprised at how good it was, with a water-tight script that moved from character to character at a good pace. Honestly, the only things really wrong with this film are the special effects not aging all that well, and Bryan Singer’s lack of affinity for action scenes. Oh, and that Toad line. Woof.

3. Days of Future Past

Mike: The margin of error here was just so incredibly small. When this project was first announced, I was so worried that it would be botched. Instead, they basically knocked it out of the fucking park (that’s a baseball reference, Matt) and provided this wonderful film for the new trilogy and satisfying retroactive conclusion to the original trilogy. Almost everything about this film worked, and it will probably go down as one of the most impressive accomplishments in superhero film history.

Matt: Where the hell was this when James Mangold had Wolverine drudging around Japan and putting us all into a coma? I guess the third time really is the charm, with Hugh Jackman finally getting to make good on all his Wolverine related promises over the years, going out with an almighty bang and giving one of the best performances the genre has ever seen. Logan is funny, heartbreaking, exciting and features fantastic acting, writing and directing. There’s plenty of small things wrong with it, but it doesn’t matter because of how good the core of the film is, thanks in no small part to the big-screen debut of my favourite X-Men character, X-23, who pretty much steals the show. As it turns out, making smaller, more intimate, character-driven superhero films is the way to go, based on critical reactions… so… maybe learn from this, Fox… and Warner Bros… and Marvel.

Matt: X-Men 2 is my favourite superhero movie. Objectively, Batman Begins/The Dark Knight/various others are ‘better’, but this is the quintessential X-Men film, and the X-Men are so intrinsic to my childhood that they will forever have the emotional advantage over other more popular superheroes. X2 hit the ground running with a fantastic scene featuring Nightcrawler attempting to assassinate the president, and just never really let up; from the intense raid on the school, to Magneto’s cheesy breakout, to the police standoff at the Drake house, to Mystique as one of cinema’s greatest badasses, this film is just plain great. Almost every returning actor raises their game, and the newbies, especially Brian Cox, more than hold their own, while the effects and action scenes are much improved, meaning it doesn’t suffer from the same ageing issues of the first X-Men. They built on plot lines from the first film, delivered a fun two hours, and left themselves in a position for some exciting future developments. Didn’t that work out well?