At The Reel World, we believe instead of paying us money to listen to and read our mundane thoughts on popular culture, you should give back what you can to people who need it. I suggest supporting The Manna-hatta Fund. “The Manna-hatta Fund presents an opportunity for all settlers to support the Indigenous peoples, such as the Lenni Lenape, who were forcefully displaced by European settlers and their descendants to create New York City and the United States.” Follow the beneficiaries on Twitter: @AICHNYC

Star Wars was never really known for its standout performances, but some of the work involved was still quite good! Here were the best of the bunch!

Ewan had a very tough job. He had to both portray a beloved character previously done by a much celebrated actor, and he also really had to carry the prequel trilogy more than anyone else (especially as things started to gradually fall apart with Christensen and Portman). While he could not always make chicken salad, he did an admirable job bringing a character to life which made him one of the very few to do so over the course of the three films. Hopefully, he gets a chance to do really well in the Disney Plus series.

Yoda is obviously ridiculous in every way, and the only reason that Baby Yoda is a phenomenon that Disney is printing money off of is the work of Frank Oz. While financial success should never be used to measure artistic success, it is in fact remarkable that the voice work of this fucking muppet made such an impact in the biggest franchise in the world. The margin of error was small, but Oz connected dead in the middle. 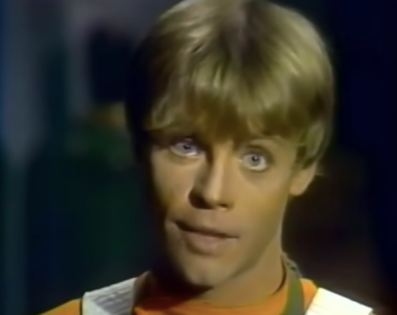 Okay, hear me out. Yes, Hamill is almost certainly the weakest actor of all the major parts in all eleven Star Wars films. That being said, the original trilogy simply flops if Hamill cannot pull it off. There were a lot of major characters to the story, but at the end of the day LUKE SKYWALKER had to work or the whole thing would fall apart. He had to the insolent teenager who grew overconfident then finally humble all the while delivering ridiculous dialogue and acting with puppets and robots.

Along with Cushing here and Brando in Superman, the idea of elevating broad superhero/blockbuster flicks with world class actors really has been a dominant element of moviemaking for forty years now. Even with merely coasting through his scenes, Guinness added such gravitas and credibility to the material that truly strained credulity. He made this stupid story about wizards with laser swords seem just believable enough to get emotionally invested in. It’s only a shame we did not get more of his work.

As bad as The Phantom Menace truly is (and it’s BAD), Liam Neeson’s Qui-Gon Jin does actually feel like a human being in an actual world. While that bar is truly too low, it does mean that Neeson’s work in this film only gets better with age as it stands in comparison with all the highs and lows the other actors of the prequels got to experience. He was kind of an unnecessary character in the grand scheme of things, but he held down the fort!

Unlike the other heroes in the sequel trilogy, Ridley always got to benefit from actually having something to do. (Remarkably, no, I am not counting rescuing the deer in Canto Bright as something for Finn to do.) Ridley had the unenviable task of making a chosen one character interesting, grounded, and not cringe. She basically pulled it off! It’s a shame the writing went completely off the rails in the third one and essentially any chance of this new trilogy having any goodwill historically!

McDiarmid coming in and out of this series over forty years and always being on point for this stupid fucking character has been if nothing else very impressive. While he never did less than what was needed in any individual film, the real shame is probably that we never got more of his character on his political rise. He was such a good little creep in those Phantom Menace scenes as we did a wonderful impression of an empathetic human being.

Yo, Carrie Fisher is just sooooo good in these movies. While Han Solo was not given much to do and got by on Harrison Ford being Harrison Ford, Fisher also did not get much to do but managed to convey a deeper inner life to Leia that was always clearly there. Her arc was internal which is a copout in some ways but also a testament to the work she did.

Harrison Ford is simply one of the biggest movie stars ever. He is the definition of sex. He is the definition of charisma. He could be Han Solo in his sleep and clearly did on multiple occasions. And it ruled every second. Of the old guard, he was clearly the best in the sequel trilogy and his presence alone really helped keep The Force Awakens afloat, and he even managed to provide one of the few genuine positive moments of Skywalker. A legend in his defining role.

There truly will not be a better moment in the sequel trilogy than the last words of the great Kylo Ren, master of the Knights of Ren, than him saying “Ow.”