Listen to our episode on the first Iron Man or if you’re a glutton for punishment, The Incredible Hulk.

We cover the development of Marvel’s first sequel and their first major re-casting, as well as all the usual breakdown of the film, its third act, its villains and who is giving an All-Marvel performance. Last one to invent a new element is a rotten egg!

Ben & Matt will be posting a new episode every Wednesday until the 10 year anniversary of the MCU, which is a couple of days before the US release of Infinity War. You can check out the full schedule if you feel like watching along with us. 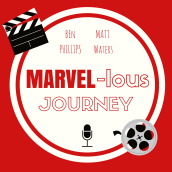 – The first full episode of From Broadcast Depth, a new weekly podcast all about Lost from Kevin Ford & Ben Lundy.