The best distraction for me comes in the form of using my MoviePass, going to the theater, turning my phone off, and becoming enveloped in whatever film is in front of me. I had a chance to see films in places as far east as Shaoxing, the heart of the Midwest Chicago, and whatever you want to consider Memphis. These aren’t necessarily what I would consider the best films of the year as I’m in the midst of seeing a number of the Oscar contenders as of this writing, but these are definitely the films I saw in 2017 which I thought provided me with some relief and hope.

9. The Shape of Water 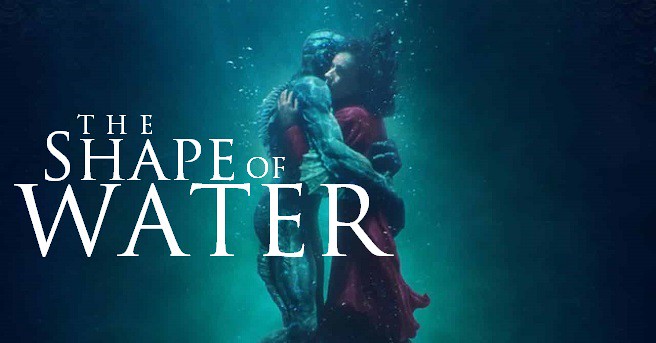 I was considering writing a duel review of this and Bright and discuss the differences in how each film incorporates fantasy elements into the real world. The latter doesn’t even deserve to be written and noted alleged sexual harasser Max Landis certainly doesn’t deserve the attention. Let’s focus on Guillermo Del Toro’s beautiful fairy tale of a woman falling in love with a fish man. Interspecies erotica should not work out, but the character work is done so well, you can’t help but root for these two crazy kids. Del Toro has always been a director whose films I’ve always appreciated and liked but never really loved. I loved this. It’s one of the best films of the year as it gives voice to numerous moralized individuals while exposing the dangers of toxic masculinity in the form of Michael Shannen’s character. Everything about this film was beautiful and charming, but there was a lot of depth in how the film portrayed the world. The performances across the board are stellar, and I hope this is able to snag multiple nominations.

I walked out of this film thinking it was the best of 2017 and still think this is the case. Greta Gerwig does an unbelievable job portraying life for a frustrated 18-year-old living in the Midwest of California. At a breezy 90 minutes, this film doesn’t waste a minute. Saorise Ronan was a revelation in Brooklyn, and she morphs into a whiny teenager quite convincingly. Laurie Metcalf should probably win an Oscar of her own for playing a mother who clearly loves her daughter but doesn’t always know how to express herself. There are tons of little moments which make this so charming. At some point, I want to discuss specific scenes which gutted me, but there’s a moment when Tracy Letts fixes a tie that wrecked me and is something I still think about two months after seeing the film. This came out of nowhere but has left a lasting impression.

Isn’t it amazing how you allow a female director to make one of these female superhero films, and it’s Actually Good? Patty Jenkins had to wait 14 years after directing the Academy Award winning Monster in what can only be called typical Hollywood bullshit. Jenkins should be able to cash in after this film proved to a critical and box office success. If we’re being honest ourselves, we’ll admit the ending isn’t very good and falls into the same traps so many other superhero films have fallen into. However. The first 2/3 echoes the 1978’s Superman yet still feels fresh. Gal Gadot plays the role perfectly. Patty Jenkins films Wonder Woman in such a way to honor how beautiful and powerful she is but never once exploits that beauty. As Hollywood continues to drain the swamp of the complete festering boils that are part of its system, let’s hope Jenkins and Gadot continue to have a stronger influence moving forward. The same goes for Greta Gerwig and the hundreds of women who are a part of the Hollywood machine.

I wish I had seen this on the big screen unspoiled. I probably would have thought even more of this film otherwise. Alas, I was in China and didn’t see this until three months afterward. Even so, this was an important cultural touchstone. I think it’s important for everyone to see this film and consider their own biases and the race relations within the world. For being a first time director, Jordan Peele played with the idea of a dark comedy horror and created something really memorable. All of the actors and actresses did a spectacular job. Daniel Kaluuya is an actor who I thought was great and extremely charming on an episode of Black Mirror. In a film that could be seen as ridiculous or unrealistic, Peele shows just enough restraint as a director to still tell a powerful message. Kaluuya is perfect in the leading role. I don’t know if Allison Williams took what people thought of her on Girls and transferred into this role, but she is a perfect representation of wannabe woke white person. Regardless of whether this gets nominated, this will be remembered for many years by audiences of every race. 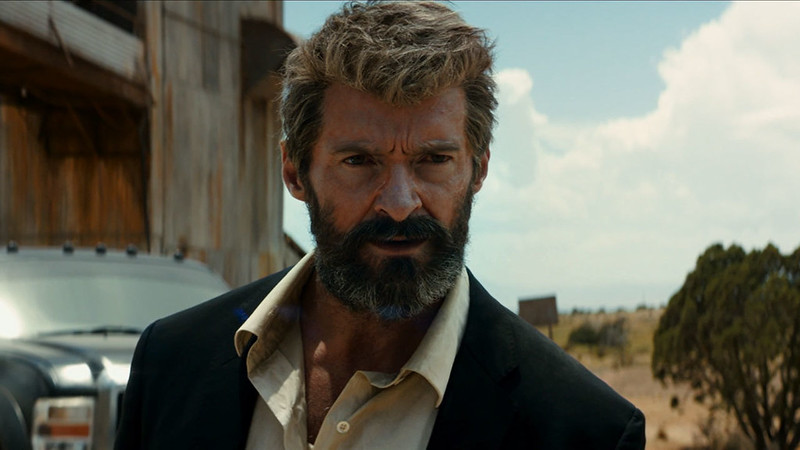 For years, the comic book movie was its own genre. Over the last few years, the MCU and Fox have delved into other genres. Deadpool proved an R-rated comic book film could still make a boatload of money. Logan was the culmination of Hugh Jackman’s 20 year as Wolverine. Some of the films have been excellent. Other have been a mixed bag. Many were just plain. One was really boring. Logan  was shot and written like a western with Logan going into action one last. It was a farewell to Hugh Jackman and Patrick Stewart’s version of Charles Xavier. Not all comic book movies should be this dark, but this was a chance to see what would happen if Logan found something to fight for. You also can’t talk about Logan without talking about X-23 played by Dafne Keen. Physically, she was perfect. Even though she barely talked, the shot of her putting the backpack down and revealing her claws was easily one of the best moments in any comic book film ever. Not everything worked. Like most comic book films, the villains sucked, but ultimately the big moments worked, and for once, an ending felt…final.

I have a hard time talking about this film since Kevin Spacey is featured so prominently throughout. This was an exhilarating experience in the theater, and I felt it was important to highlight what an excellent job Edgar Wright did with a genre he’s not altogether familiar with. Ansel Elgort as Baby was a believable driver, but the music throughout carried the action. In addition, I’ve been disappointed with many of the films Jon Hamm has been stuck in, particularly post Mad Men, but he was spot on as the ultimate big bad of the third act. Lily James’s character being so written so stupidly and poorly was unfortunate, but this was one of the more fun movies of the summer. 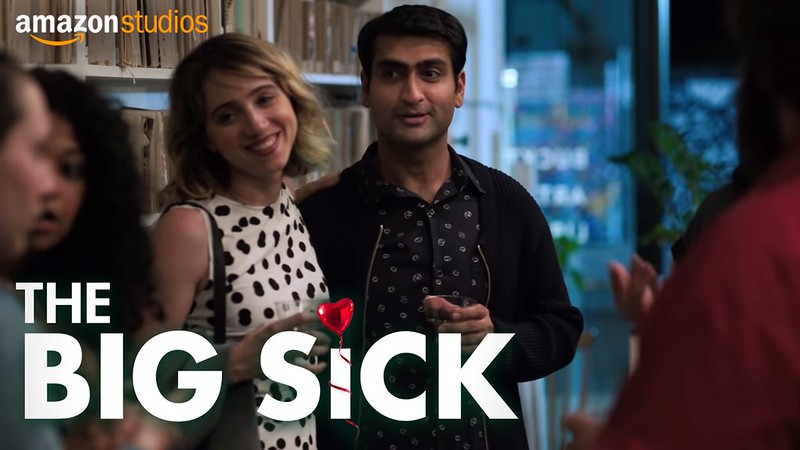 A unique romantic comedy because one of the co-stars ends up in a coma. Somehow it works. Holly Hunter and Ray Romano’s relationship being front and center for the middle portion really allows audiences to see what happens after happily ever after. These are two middle aged people who are struggling in their marriage but who still love each other. Kumail Nanjiani and Zoe Kazan’s script is excellent, and they should clearly get the win for best screenplay. This was another charming and uplifting film which didn’t fall into the traps so many romantic comedies have. The only way this genre, which has had a lot of problems since middle budgeted films have gone away, can possibly survive is to allow for more diverse voices. Hopetfully, we can see more movies like this. 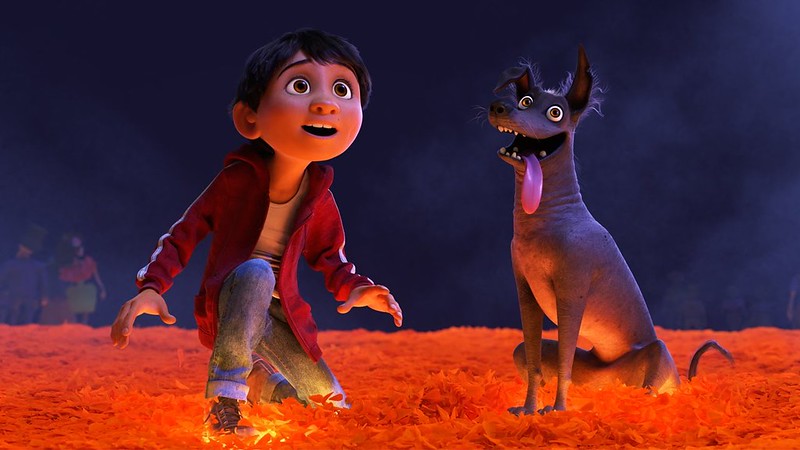 Pixar used to be an automatic home run. Now that they have some blemishes, I didn’t know whether Coco would be good or not. I was also concerned about Disney doing some good old fashioned cultural appropriation. The opening Disney logo made me queasy. I was relieved to see a wonderful film that seemed to honor the culture without disrespecting it. (I’ve tried to as much reading as I can, and it seems this is the case. I certainly wouldn’t judge anyone who feels otherwise.) Some of the visuals are breathtaking, but there is also a border allegory which struck me as being an important aspect of the film which some people probably didn’t pick up on. There are some emotional moments with a couple of twists that I truly didn’t see coming. Amidst the giant tentpoles of Justice League and Star Wars, this seemingly got lost in the shuffle, but it’s worth visiting in theaters or on VOD when given the chance. This is not a classic Pixar film but still very good in its own right. 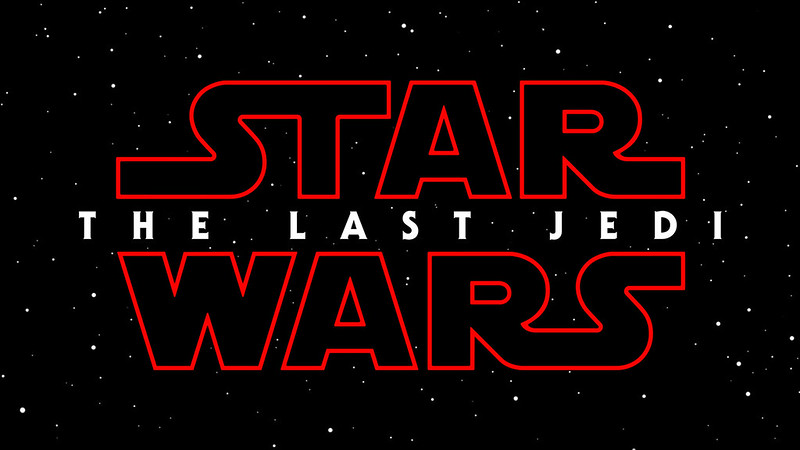 2017 was another dumpster fire in so many ways. At the end of the year, I wanted to go to a galaxy far far away. The film wasn’t perfect, but it gave me hope for the 40 year franchise. I felt something for Star Wars I hadn’t felt in a long time. Sometimes, all it takes is a spark.

4 thoughts on “The Top 25 Pieces of Pop Culture That Distracted Me from a Terrible 2017: Movies”