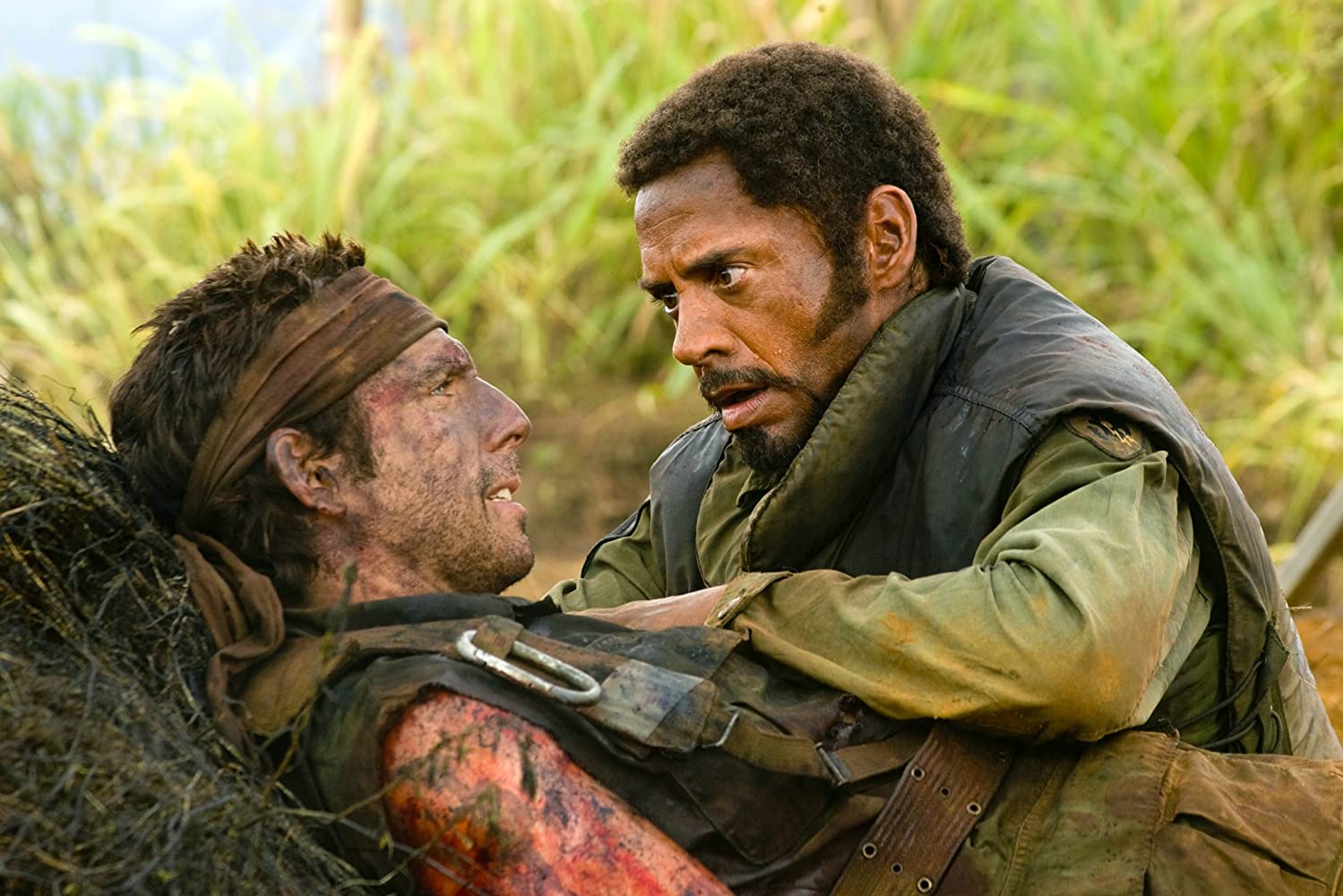 One Sentence Plot Summary: A group of actors nearly become mere statistics in the feckless war on drugs.

Here you have a movie that has a character in blackface, open use of the word “retarded,” and Les Grossman being quite aggressive throughout, yet the movie still holds up 12 years later. Tropic Thunder works because the movie resists punching down for the most part. From the moment we see the fake commercial and trailers, we get a tremendous sense of who the characters are and the fact that this movie is going to nail its satire.

The cast in this movie is incredible, from Ben Stiller, Jack Black, and Robert Downey Jr. at the top of the list to solid supporting actors like Brandon Jackson and Jay Baruchel and even surprise cameos like Tom Cruise and even Bill Hader. There is a lot of funny across the board, and a lot of the actors aren’t going to their typical “personas.” Ben Stiller plays a disgruntled action star and isn’t afraid to make him look like an entitled douche. Jack Black isn’t making as many funny faces, but we do see a lot of him as he desperately searches for drugs the whole time.

Fundamentally, the movie is still funny after 12 years because the Hollywood satire is still there. Actors are still lacking self-awareness or trying to win awards by playing someone with a disability of some sort. The fact that Downey dons blackface and this movie hasn’t been banned speaks to how well the film handles it. Again, it’s about making fun of what actors will do just to win awards or having a career as opposed to being a minstrel show.

The one aspect of the movie that is problematic remains the othering of Asian cultures. While it’s a relief they’re not trying to re-litigate the Vietnam War like the second Rambo tried to do, the one group of Asian actors are drug dealers and love Simple Jack/fart jokes.

I think this movie remains one of my favorites because of the honest conversation about how actors go for awards and a lot of the superficiality.

The othering of Asian cultures is a total blindspot for this movie, and it’s unfortunate that Stiller was able to satirize so many aspects of Hollywood but completely miss this one.

Lot of different ways you can go here. There’s a major discussion about the way mentally handicapped people are portrayed and the word “retarded” is used. I really liked this article that broke down why the film is not necessarily problematic.

The other issue is of course Robert Downey Jr. being in blackface, which feels even more relevant now. It’s clear what Stiller and Downey were going for, but I can see this being an issue for some. Here’s another really good article explaining the satire.

MVP: Ben Stiller is quite honestly an underrated director and writer. His recent direction of Showtime’s Escape to Dannemora revealed to a lot of people just how good he could be, but I’d argue he’s directed some really interesting projects over the years. The Cable Guy isn’t great, but it’s certainly an interesting use of peak Jim Carrey. Here he serves as a director, writer, and star, but instead of portraying a comedian, he plays an aging action star. It’s weird to think that he doesn’t get the credit he deserves despite being so heavily involved, but Downey receiving an Academy Award and Tom Cruise’s shocking overwhelm just how good Stiller’s writing and directing are. Aspects of this film have in fact aged well as Hollywood has only become more reliant on product placement and big productions.

Best Performance: Tom Cruise is almost unrecognizable as Les Grossman. This was at a time in his career when he had a low Q rating on account of being a Scientology loon. Cruise almost never plays roles outside of his comfort zone and has only gone outside when it’s been a calculated decision, such as playing a disabled soldier in Born on the Fourth of July. Here he’s vulgar, offensive, and funny. I’m not sure the effectiveness is there as much ten years later, but’s a hint at just how good Cruise could be in vulgar comedies. There were rumors of a possible sequel, but I’m relieved they haven’t tried to take a supporting character who works great in small doses and forced him to then play the lead.

Is there a sequel? Comedy sequels are mostly bad, and thankfully, despite the success of this movie, an attempted sequel has never been tried, I don’t even think a Les Grossman spin-off is worth trying. 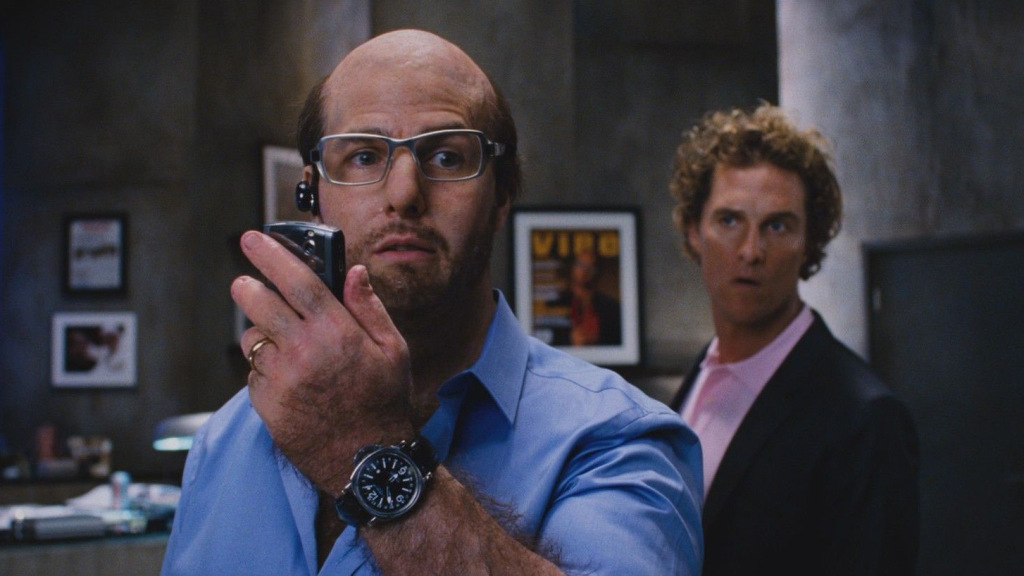