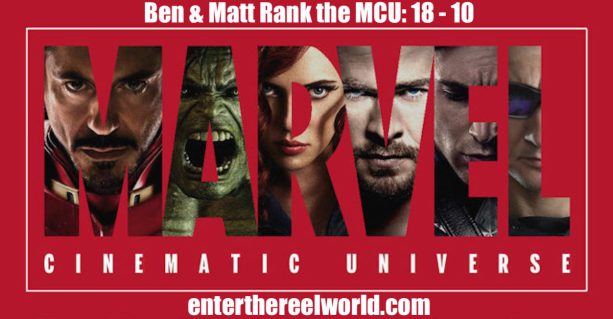 After revisiting every single film in the Marvel Cinematic Universe, Ben Phillips & Matt Waters finally feel qualified to rank every single (pre-Infinity War) entry in the franchise, starting with films 18-10.

Yes, Ben & Matt’s Marvellous Journey has visited every stop on the road to Avengers: Infinity War, so it’s time to present their final findings in the form of an aggregated ranking of the entire  MCU. Please feel free to completely disregard Mike Thomas’ flawed list as it fails to take into account the high quality of Iron Man 3.

Click the images to listen to our podcast reviews of the relevant films.

Ben: Incredible Hulk will always remain the black sheep of the Marvel Cinematic Universe. It’s the one movie in the franchise that feels almost weightless. Only one cast member from this film has appeared in any subsequent movies, and in a battle between the definitive portrayals of Bruce Banner, Mark Ruffalo blows Edward Norton out of the water. Incredible Hulk had the misfortune of coming out after Iron Man had exceeded expectations and The Dark Knight hype machine was in full swing. Against those two behemoths, any superhero movie would have a tough time stacking up, but what really doesn’t help is that this film completely falls apart after the genuinely exciting first act. With boring villains and an atrocious CGI mess of a final act, it’s easy to see why this at the bottom of the MCU barrel. 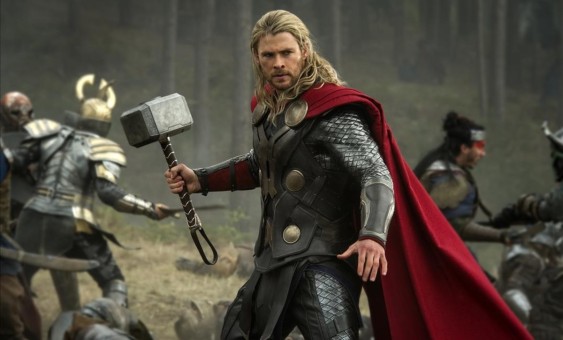 Matt: Hand on heart, I’ve messed up with my ranking of this film in the past, having the audacity to place it somewhere near the middle of the pack. Why? Loki’s prison scenes hit me straight in the feels. But realistically most of the rest of this movie is messy at best and bad at worst. Malekith is the dirt-worst villain in the MCU, with all backstory and personality stripped away somewhere between script and screen. Pretty much every returning actor except Chris Hemsworth and Kat Dennings are giving worse performances and while the gravity-bending portal physics stuff is neat, it’s nowhere near enough to hinge a third act around. The occasional quips, Loki in prison and ‘Mja-Mja’ keep it from the very bottom though. Also the bunch of clowns in charge of this film invented their own London Underground route and that is a sin beyond reproach. 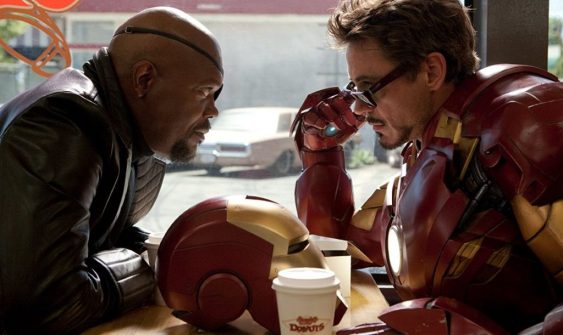 Ben: Iron Man 2 wrote one of the cardinal rules of the MCU, that the first sequel will not be as good as the original (still the only film to buck that trend is Winter Soldier). Iron Man 2’s main failing is that it’s split between being a ‘more of the same’ sequel to 2008’s Iron Man, and trying its best to set up The Avengers (SHIELD’s increased presence, the first appearance of Black Widow) but somehow becomes the most boring version of both those movies. Mickey Rourke is completely wasted in this movie and not even the ever-charismatic Sam Rockwell as Justin Hammer can make up for it. And that’s before we get to the part of the movie where we watch Robert Downey Jr. try his best to make manufacturing a new element interesting. 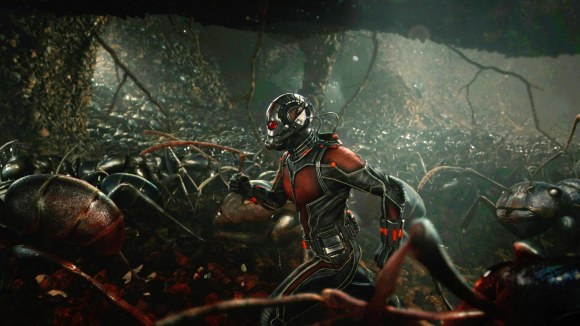 Matt: While we’re all left wondering how Edgar Wright’s version would have turned out, Peyton Reed and the new production team did a commendable job making sure Ant-Man came out at all. It suffers from the same problems as a lot of MCU films with a dull villain and a third act that leaves a little to be desired, but it also establishes some incredibly solid groundwork with which to build a much better sequel. It’s not that the film is no good – Michael Pena crushes it and Paul Rudd gives yet another charming performance to go with some cute (if scientifically inconsistent) shrinking scenes, the amazing Thomas the Tank Engine moment and the Doctor Strange-esque visual wonderland that is the Quantum Realm – it’s just that you can tell it was a hurried production torn between two different visions. 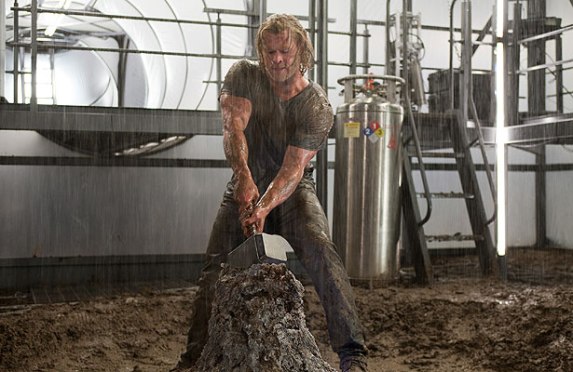 Ben: How does Marvel make an interesting movie about a Norse deity with no ties to the science based heroes of their last three outings and starring that guy who played Chris Pine’s dad in Star Trek? Well first they hired Kenneth Branagh to give some legitimacy to the very obviously Shakespearean-indebted Asgardian setting, and then crammed in as many legitimate actors as they could find. Obviously the best decision this movie made was in casting Tom Hiddleston as Loki, something that has paid off time and time again. As an origin movie, Thor is the least successful of the Phase 1 trinity, but that comes down to the comedic and dramatic material feeling at odds with each other, despite mostly succeeding otherwise. As Matt likes to say, the stuff with Loki and Thor on the Bifrost near the end are some of the best emotional beats in the whole MCU. 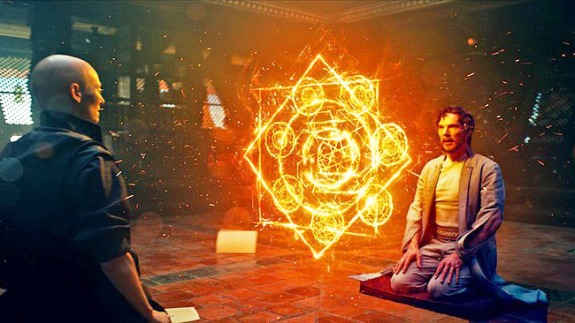 Matt: Strange is an appropriate name for this movie, because it’s one of the weirdest entities on the Marvel slate; On the one hand, it’s yet another formulaic origin movie with an underbaked villain and some gender/racial bias problems. On the other, it’s a lot of fun with some of the craziest visuals ever put to screen and a much brisker pace to ensure it doesn’t outstay its welcome. But this makes it feel like Strange goes from total skeptic to competent sorcerer in a matter of minutes, despite establishing several months pass and that he has an eidetic memory AND preternatural aptitude for magic. Every positive has a correlating negative and vise versa. Aside from the bizarre choice to limit Michael Stuhlbarg to a borderline cameo and the casting controversy of The Ancient One, there’s not really a great deal WRONG with the movie, and while it adheres to the basic formula of origin movies, it’s also a far slicker, tightened up version of one. I would like to see a little more narrative creativity in an inevitable sequel and one of the easiest ways to achieve that would be to expand one of the MCU’s smallest casts. 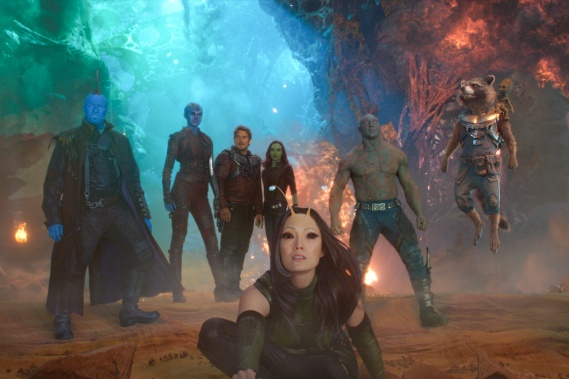 Ben: How do you follow up a movie like Guardians of the Galaxy? Turns out like most Marvel sequels, with great difficulty. Guardians of the Galaxy Vol. 2 ends up in a very similar boat to Avengers: Age of Ultron of being a lot more ambitious than its predecessor which leads to a lot of tonal messiness. James Gunn doubles down on the psychological make-up of the Guardians in this second outing, but because it’s a sequel to one of the biggest successes of the MCU, he also has to deal in bigger and bigger action set pieces and more and more jokes. The hit/miss ratio of the jokes isn’t as high (Drax, what happened to you?!), and of any MCU movie, this might be the one that needs its big action set piece finisher the least, but it completely nails the emotional beats. Everything with Yondu is guaranteed tear-jerking, it’s just a shame that giving Michael Rooker more screen time comes at the cost of Gamora (Zoe Saldana) feeling ostracised for the plot.

Matt: What a glorious mess this film is. Some of the character beats, jokes and action setpieces are among the best in the entire MCU, and if you create some kind of selective edit of the film in your head (as I frequently do, hence my massively over-generous past Thor: The Dark World ranking) then it might sit a lot higher than this. But lest we forget Tony Stark visiting The Internet, Thor splashing about in a cave and Ultron’s constantly shifting schemes. The fact that many of the villain’s motives are assumed by the heroes, with nowhere enough coming from the genocidal robot’s mouth is a major red flag. Show, don’t tell. Where Joss Whedon did a superlative job of balancing the team in The Avengers, the sequel’s attempts to serve everyone despite a lack of organic plot material for them threatens to sink it. Still, The Farm. The Dreams. Banner rocking back and forth on the floor. The Hulkbuster. Hawkeye’s speech. Vision growing a cape to copy Thor. Everybody trying to lift Mjolnir. All amazing. 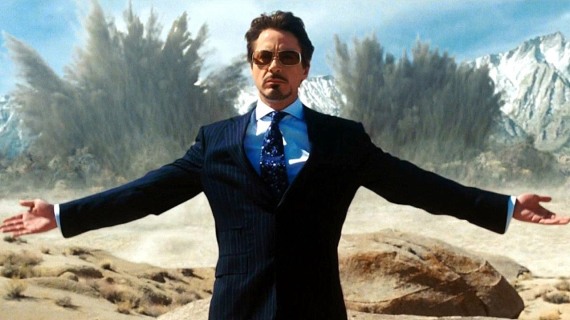 Ben: I hope over the course of this podcast we don’t come off like we hate this movie. It’s just, almost 10 years after its release, it’s heralded position feels a little baffling. Robert Downey Jr. completely dominates the screen in his first outing as Tony Stark, immediately changing the course of the character in the comics for years to come. RDJ’s performance is so good in fact, that his improv manages to make up for the movies sparse script and lacklustre finale. That final moment of “I am Iron Man” is one of the defining moments in all of superhero movies, especially after years of Batman, Superman and Spider-Man doubling down on their heroes alter-egos. What director Jon Favreau and co. achieved here, was an exceedingly confident first foot forward for a fledgling mega-franchise, and one that Matt and I both believe has been bettered 9 times over, which considering this is no slouch of a movie, is a huge feat in and of itself.

Just how high DID we rank Iron Man 3?! Find out tomorrow as our countdown continues with the films we ranked 9 – 1.

Please also check out our Infinity War preview podcast, a great big list of MCU lists and our review of Black Panther. The Marvel coverage isn’t going away, either, with more ‘great’ content coming next week!

You can tell Ben or Matt how wrong you think they are but don’t you DARE speak ill of Iron Man 3.

If the whole superhero thing isn’t your bag then please check out From Broadcast Depth, a podcast all about the cultural phenomenon that was LOST, presented by Kevin Ford & Ben Lundy. If nothing else, they’re not Ben & Matt.