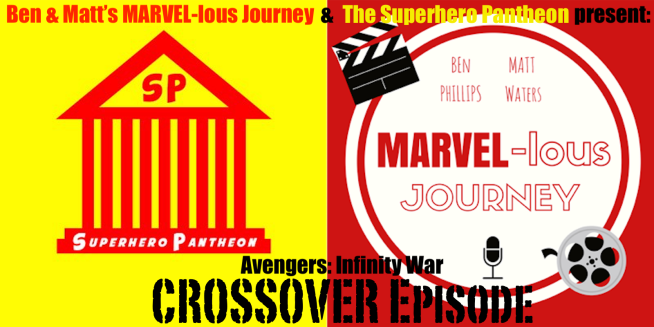 We kick off two weeks of MCU coverage with Ben & Matt joined by the good folks over at Superhero Pantheon to toss out some wild predictions about the most anticipated film of the year just days before its release. To make things even more interesting, the two podcasts have entered into a bet; Each pair of hosts took turns selecting characters they believe will not survive Infinity War and neither can afford to lose, with some creative punishments proposed.

We have some fun content coming over the next couple of weeks, with listicles, podcasts, think-pieces and more. The next full episode of the podcast covers Black Panther, and then we’ll have a special Retrospective to celebrate the tenth anniversary of the MCU and finally our Infinity War Review will drop one week after the film’s release so everybody can remain spoiler free until then. Check out the full line-up so far as well as what little there is left to come.

– Our weekly LOST podcast, From Broadcast Depth, hosted by Kevin Ford & Ben Lundy, is getting into the origins of THE HATCH as they continue their coverage of season two.