The final Fox-developed X-Men film is finally on a streaming service after a much delayed post-production/release/etc. Full review of the film is here.

For a long time, I (and others) have been hammering home how much better superhero movies would be if the vast majority of them had small stakes (like dying mutant needs to bring a little girl to Canada for instance). This one did that! They did execute it poorly though.

There’s telling a small story and then there is feeling like a television pilot. Lord knows this film absolutely needed to be small in scope and have no world-ending stakes or anything like that. There’s just a real feeling of inertia to this story though. It was like they did not know how to tell a story that only had one location and forgot there had to be a genuine dramatic situation.

2. Was It Supposed to be Scary?

Broadly speaking, the film seems like it was intended to be scary at points? (But perhaps I am wrong?) Nothing about the film was scary though. This seems like a problem. (It seems like issues with production were the cause of this strange situation where the vaguest sense of a horror film was being felt but not properly executed.)

3. None of the Performances/Characters Stood Out

On paper, you had a couple of cool castings and some incredibly unique backgrounds for characters (especially for what was intended to be a mainstream film). In fact, it’s pretty hard to make Anya Taylor-Joy to make unremarkable but you would never know she’s a real talent just from this picture. It’s really inadvisable to make a movie where she talks to a puppet dragon and can turn her arm into a lightsaber but still make the movie into nothing.

4. Waiting for the Story to Start

Josh Boone takes a promising concept and really shows no skill for building tension. It mostly feels like everyone writing, editing, and directing this film just assumed that there would be a natural build-up of tension because the audience would know that something bad was coming in what was a mostly uneventful first hour of a film. There are actually things you can do to make that happen though and none of those things happen.

5. Fake School For the Gifted Dynamic 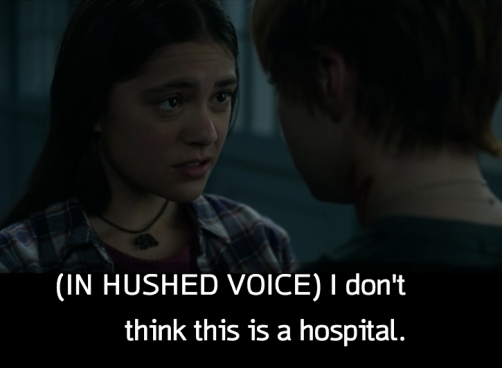 Were there just the six people living in this institution? Like, I know human beings are weirdly adaptable to bizarre conditions and come to accept low expectations but this setup is just BIZARRE for any modern teenagers to believe to be completely normal. Their Breakfast Club montage halfway through the film felt like it was from a completely different film and was also just like impossibly fake-looking. The lack of urgency to “escape” or at least the natural tension that would erupt early often surrounding the topic of being locked up in this “hospital” should have been more evident!

The major studios release mediocre movies every year that are complete messes for one reason or another. They don’t often center around a queer indigenous character though! Seems notable that this movie was burned off during COVID while languishing for years. 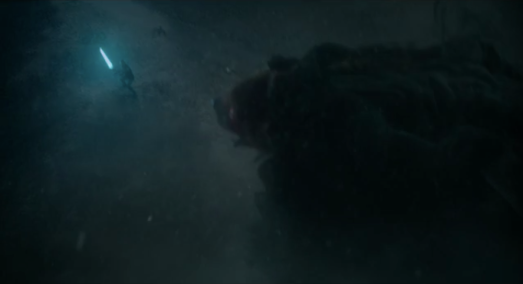 They **tried** to find some characterization foundation in the “Doomsday Sequence” to end the film, but it still mostly felt hollow. Perhaps this is due to the thin characterizations established in the first hour. Perhaps there is just something uninteresting about watching a giant CGI dog “fight” characters. Idk. It was not particularly satisfying though.