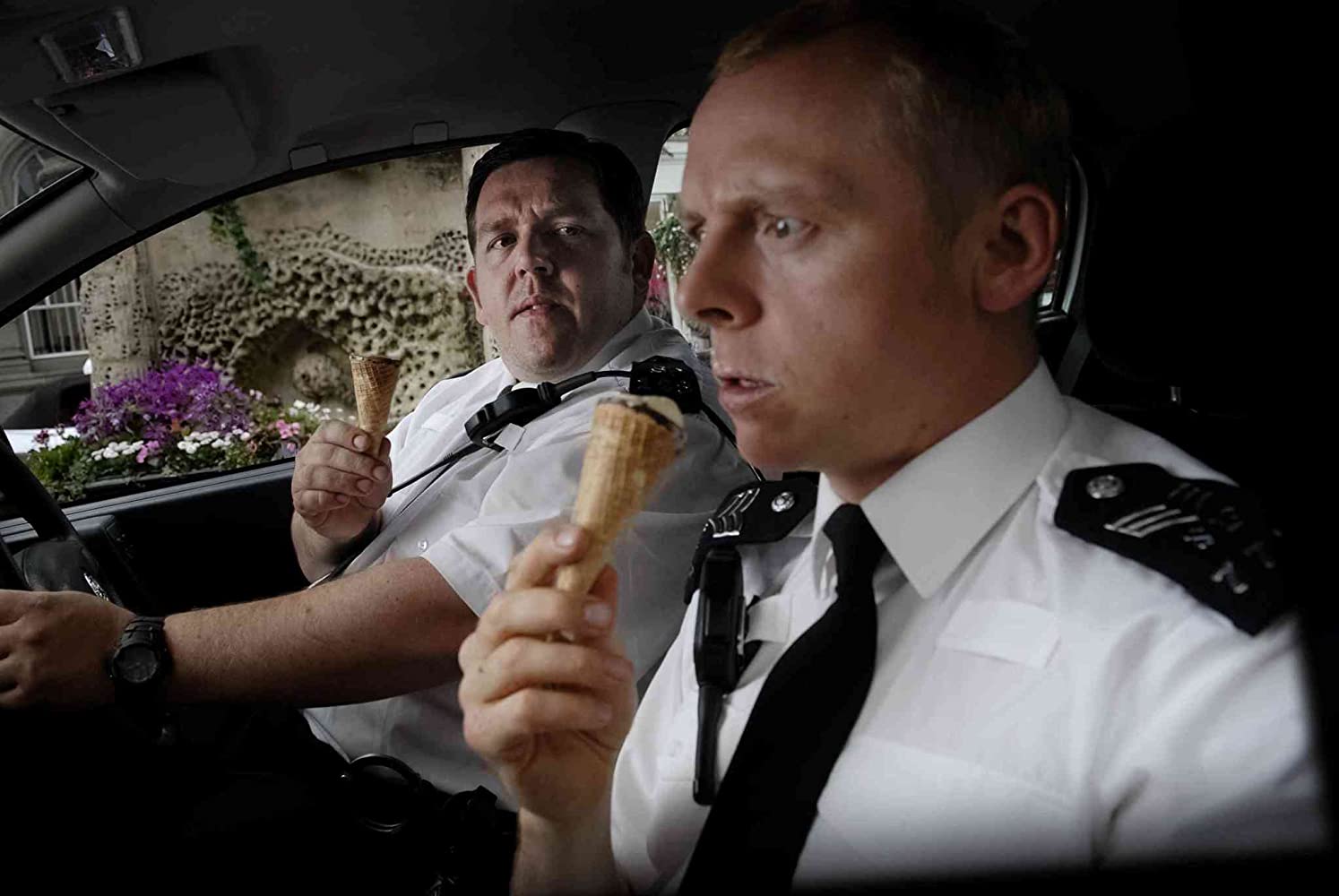 One Sentence Plot Summary: A small town full of Karens are finally foiled by the one cop who actually follows the law.

This is probably the closest thing to a pro-cop movie on this list, and I am fully aware of how complicated the feelings are about the way art portrays police these days. With this being the UK, there is at least some distance. What is fascinating about this movie is the way it portrays small town folks. It’s not that they’re dumb hicks like you might see in an American movie. These people are diabolical and homicidal in obsessing about the aesthetics of the town. The social commentary is much less subtle than Shaun of the Dead. The satire is a bit more broad as they critique small towns, police, and action movies of all kind.

This is my favorite Edgar Wright film currently and will rank quite high on the final list. While Shaun of the Dead nails the personal aspects so much more, this movie is incredibly well made and is able to be both funny and action-packed. I love that Simon Pegg and Nick Frost have a very different starting point in their relationship but still end up being friends despite being very different. This could have easily just been a rehash, but it was a fresh way of using a lot of the same cast and incorporating multiple genres.

Timothy Dalton will not get performance although there’s certainly an argument to be made for him. I think he makes the film work with how over the top evil he is. There’s no way he’s not the main antagonist. Multiple lines about him bashing someone’s head in or some other violence. It’s a great surprise when it’s revealed the whole town is involved but what happens to Dalton is so horrifically violent that it would be over the top if it didn’t also serve as a payoff for all the things Dalton had mentioned before. 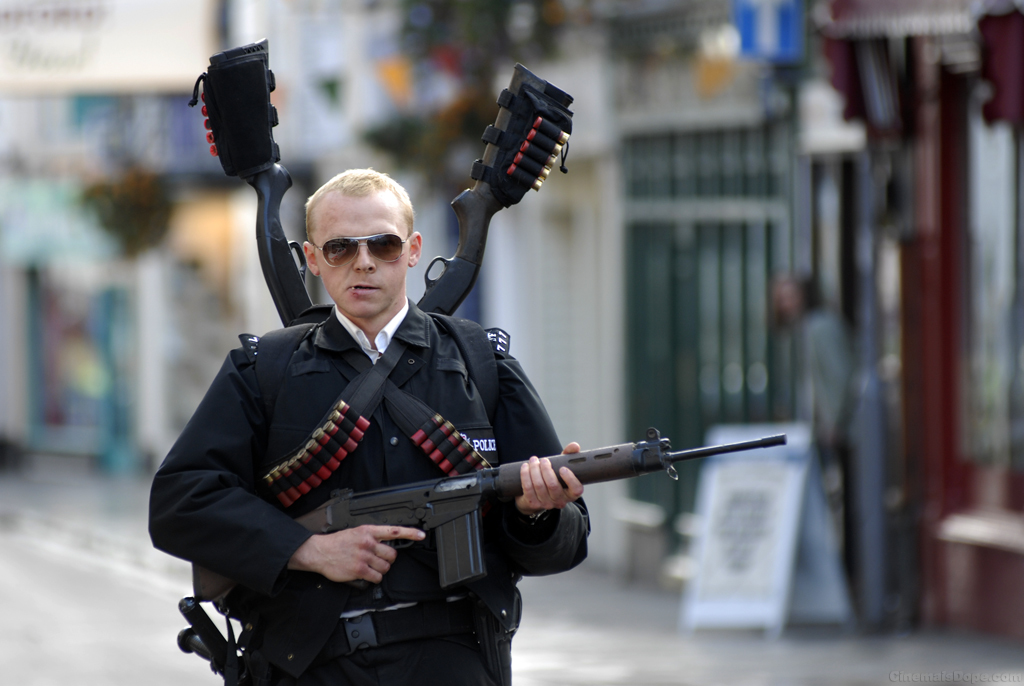 *This is a movie that is pro-cop, at least pro-Nicholas Angel. It’s hard for every single movie to deal with the big issues of our day, but when we talk about our concerns with the way policing is portrayed on film, this is certainly an example.

*It really is remarkable how few major female characters there are in this movie. My God, future Oscar winning actress Olivia Colman barely has 15 lines, and that’s on the high end for women.

MVP: This movie does not have a monstrous budget, but Edgar Wright gave this a feeling of being a big action movie in the vain of the some of the films mentioned by the characters. This was just a tremendously directed film as he makes references to Point Blank and Bad Boys II and then does homages to both in act three. It’s impressive the way he establishes geography in both films, but here it’s crucial to understand the layout to appreciate everything happening. This film shows Wright did not just have to rely on comedy but could also incorporate other genres as well.

Best Performance: Simon Pegg again. He’s a credited screenwriter here too, but this character is so completely different from Shaun. Nicholas has too much determination and is too intense, a stark contrast from how lazy Shaun appears to be in the first half of the movie. I love how perfect Angel tries to be and that his instincts about something being up with the town are proven correct even if he’s a bit too obsessed. It’s a shame Pegg has only played the lead in lesser movies or is in more of a supporting role in the Mission Impossible franchise because it’s clear he can be a lead too.

Best Quote: “Well, I wouldn’t argue that it wasn’t a no-holds-barred, adrenaline-fuelled thrill ride. But there is no way you can perpetrate that amount of carnage and mayhem and not incur a considerable amount of paperwork.” – Nicholas Angel

Is there a sequel? There is one more movie in the Cornetto trilogy that isn’t nearly as good or as funny as these two.