One Sentence Plot Summary: A very violent movie plays in a small town, leading to the kids developing potty mouths, and, instead of taking responsibility for their actions, the parents blame a foreign country and even go to war with it.

Why It’s On the List: Unlike The Simpsons, it feels like Trey Parker and Matt Stone struck while the iron was hot as this movie came out amidst their season. Unbelievably, this show remains on the air and rotates between feeling salient at times and desperately out of touch at others. I think we are heavily influenced by the times we see different films, so the fact I saw this when I was 14 (when I probably shouldn’t) means it remains a personal favorite and a film I’ve watched a lot over the years. I can recite many lines quite easily.

The idea of a movie being controversial enough to stir the people of a small town seems almost absurd and perfect at the same time. The issue at this point was about violence and whether it should be censored. There are a number of violent moments that go uncommented on, but the parents are truly offended by the words their children are using.

Parker and Stone go quite meta as this movie has a triple digit number of f-bombs despite barely being 80 minutes long. Somehow this movie functions as an amazing piece of animated comedy and a musical! Don’t believe me? One of the songs was somehow nominated for an Academy Award, and Robin Williams of all people performed it. There are some straight bangers as the kids (except the Saddam Hussein song, which suuuuuuucks) say.

What strikes me most about the film is the idea of a group of small-town parents deciding to blame someone else for any issues they have. Shelia Broflovski might as well be “Karen” given her behavior and interactions with multiple managers (including the president of the United States). Americans are very much into the idea of blaming a foreign entity as evidenced multiple times throughout our history. When America goes to war, they’re even willing to put a group of black men up front to take heavy losses. This movie is still pretty relevant in many ways and also still genuinely hilarious.

*There’s an f-word cited by Mr. Mackey as being the worst of all, but another f-word would certainly not make the cut in 2020.

*I know Saddam Hussein is a hateful dictator, but his portrayal here still feels racially insensitive.

*When Eric sings his song about Kyle’s mom, he dons blackface and there’s some pretty stereotypical portrayals of southeastern Asian people

MVP and Best Performance: Trey Parker and Matt Stone are really the only choices. They directed, co-wrote, and voiced almost every role. It’s remarkable they’ve been producing this show for 25 years and have still been able to create other projects in the mean time.

Is there a sequel? No. The television show still continues, however. They’ve teased potential movies and a couple of their multi-episode arcs apparently were considered, but Stone and Parker have wisely chosen to stick with television. They’d have a hard time topping this. 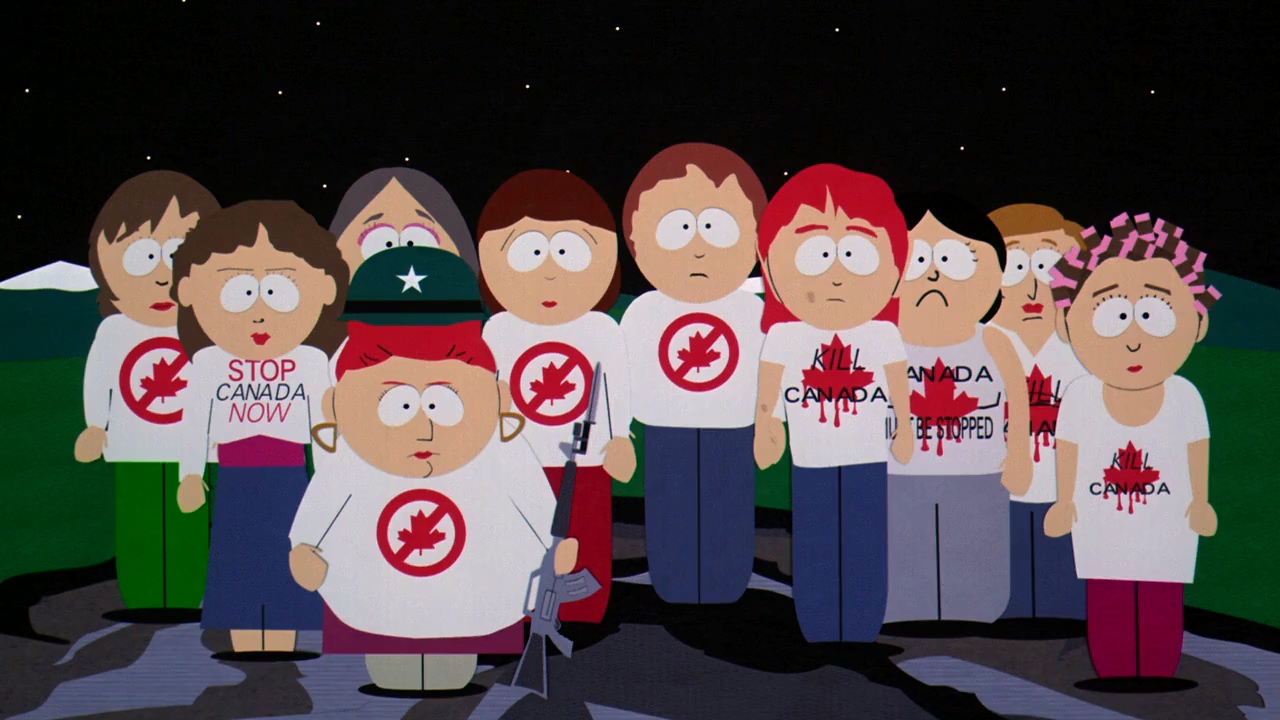