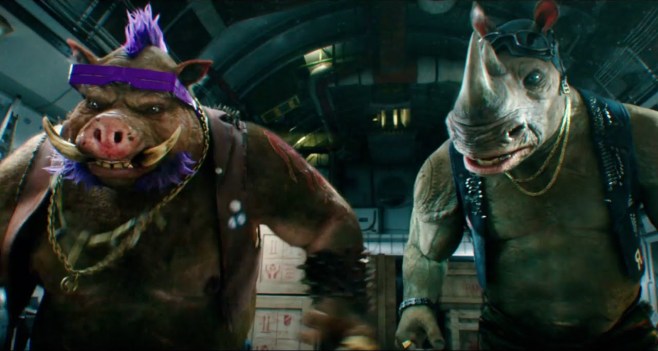 Clearly, this movie should have gone back into the shadows, am I right? Find out why pizza falling onto the ground of Madison Square Garden would only be the second biggest disaster to happen in that building and how Laura Linney spent the money she made from this film. Mercifully, our run with this franchise is over.

Feel like you need a double dose of Jerome this week? Well maybe another episode of a certain podcast dedicated to Veronica Mars is dropping on Thursday. Perhaps covering season 3… maybe.

There Will Be Movies endeavours to balance out covering SIX TMNT movies with the incredibly mature Superbad.

Kevin Ford’s Adventure Time podcast, Flooping the Pig, is coming back for new episodes in the new year. Catch up on the archive twice a week, now on The Reel World.