This is purposely designed to be a casual analysis of the film. More entries like this will hopefully be coming to the website.

1. It’s time for Timothy Olyphant to get his third western television show already.
We’ve had Deadwood and Justified. It’s time to complete the trilogy already. The dude rules. I say just straight up make his third western show a corn-ass old school western set in the mythical “old west.” He proved here he could do it masterfully.

2. Was Bruce Lee a giant ass AKA why does this film make Bruce Lee out to be a giant ass?
“Bruce Lee’s daughter, Shannon Lee, says it was ‘disheartening’ to see Quentin Tarantino depict her father in “Once Upon a Time… in Hollywood” as ‘an arrogant a–hole who was full of hot air.'”
Probably the component of the film that took me the most aback was the portrayal of Bruce Lee. I could not for the life of me figure out why Bruce Lee was treated like such a douche with more bark than bite. There does not seem to be any real justification for it, and Brad Pitt could have been established as a badass in a million different ways. 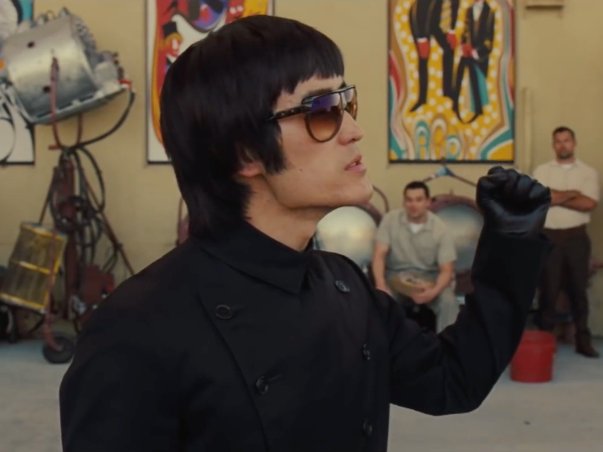 3. Tarantino *really* knows how to write for Brad Pitt.
While Leonardo DiCaprio gets to play the faded star who constantly is made to look like a buffoon in the film, Brad Pitt gets to play basically the personification of the word “cool.” I will get more into that later, but it really just continues to stand out how well Tarantino writes for Pitt. It stands out in many scenes, as Pitt – far closer to an artistically underachieving star than DiCaprio is – just effortlessly glides through the film like a superhero. It’s a throwback performance and role that showcases exactly why Brad Pitt still remains such a massive star despite the less-than-consistently-great track record. 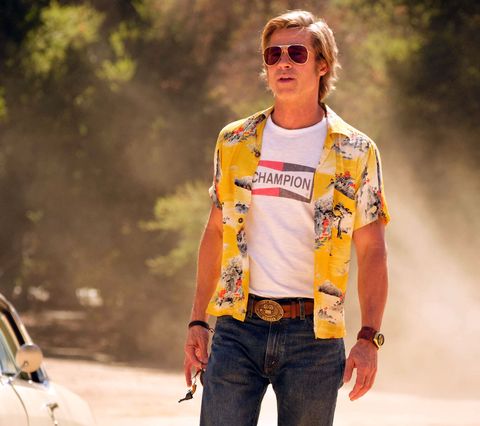 4. Margaret Qualley is a charisma dynamo who needs to be everywhere.
#JusticeForSeasonOneOfTheLeftoversBeingTheBestSeason.
It’s only a question of “when” and not “if” she becomes a major star. She has all the tools and skills and just has that undeniable “it factor” that causes her to pop off the screen. 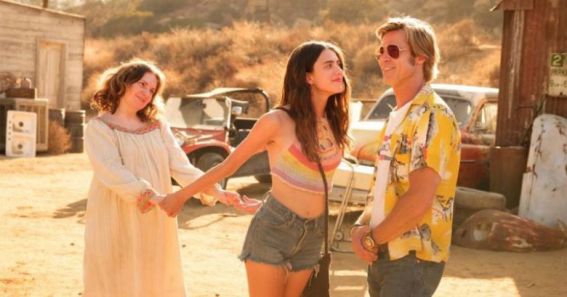 5. Antonio Margheriti.
I belly-laughed for a full 10 seconds, and no one else in the packed theater got it! C’mon, it’s a perfect in-film reference to another film. Get your shit together, Marvel!

6. Leonardo DiCaprio – Why So Serious?
The great majority of Leonardo DiCaprio roles in the last 18 years have ranged from deadly serious to absurdly serious. It is almost like he has been so desperate to shed his teen heartthrob image of the 90s to the point that he did anything to avoid being perceived as a “lightweight.” While Leo is perfectly good in those situations, there is no doubt that he is in his peak form when there is a touch of comedy or something self-effacing about his work. 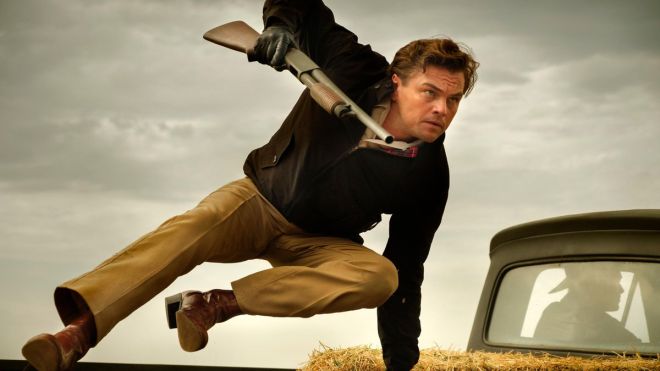 7. White Supremacists Deserve to be Murdered
For all his faults as a human being, Quentin Tarantino has essentially defined the second half of his film career by the idea that those who have the power and the opportunity need to murder white supremacy and those who prop up the institutions that it creates. They should be destroyed without mercy or concern. That should be applauded and encouraged.

8. The Fairy Tale of Cliff Booth
I think a fair question coming out of this movie would be, “What was the point of this movie?” Not in like, what is the director trying to say way or what is the message or anything lame like that. More though why make a movie to rewrite the events of the night that Sharon Tate was murdered by The Manson Family so that the family instead attempts to murder someone else and then the Mansons get killed in the process?
It may take a while for some (okay, it took a few days for me, and I’m hoping I’m not the only one that didn’t get it immediately), but basically the clue is in the title, “Once Upon a Time…” This whole thing is a fairy tale, and the real question is then what exactly is this fairy tale about? The key is to look at Brad Pitt’s Cliff Booth character.
This guy is portrayed to essentially be the ultimate heartthrob badass. He effortlessly has an amazing body despite the only evidence of working for it being a dusty bench press. He handily gets the better of Bruce Lee in a fight. He fearlessly walks through a commune despite obvious signs of danger. He physically dominates a man who needlessly flattened his tire. He destroys a bunch of armed white supremacists despite not being armed himself. He’s what guys are conditioned to fantasize themselves being.
He’s more than that though. He’s essentially the “model man” that somehow that integrates old school masculinity values with newer age ones. He does a tremendous amount of emotional labor for Rick Dalton (who while his employer also exists enough as his friend). He makes sure that he is kind to animals. An underage woman offers casual sex, and he declines because she is underage. He also does not have much ego when it comes to his work. He does not mind acting as a “caretaker” despite societal pressures for men to look down at that kind of work. He respects people as people.
He is this combination of different eras of the ideal man.
The whole thing of course, like the movie itself, is a completely and purposely distorted view of reality. It’s a fantasy and fairy tale that is openly challenging audiences that feel comforted by it all.
There is after all one part of his story that I omitted. Cliff Booth is ALLEGED to have killed his wife. Our only glimpse of that moment though makes it unclear what happened, as we only get Cliff’s perspective.
With this allegation in mind though, the audience continues to see this idealized version of the man. We don’t want to think he killed his wife. We want to love him. We want to be him. We just want him. We want to believe in him.
And the film is using this fairy tale to ask us all…why?