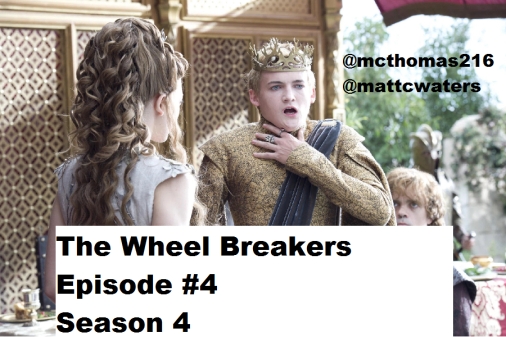 In many ways it’s the end of an era for the show this season, as we say farewell to both Tywin Lannister and Joffrey Baratheon, as well as phenomenal newcomer Oberyn Martell. Plus the worst decision in the history of the show and the excellent Hound vs Brienne battle.

Next week Cersei runs amok in King’s Landing, Ramsay terrorises Sansa and Stannis, Jon and Dorne are murdered… or was Dorne the victim of manslaughter? Have a think and join us for another Thrones Thursday as we break down Season 5.

The Reel World podcasts are now on Spotify! Isn’t that exciting?

The End is almost night for From Broadcast Depth as Kevin & Ben have now covered every single episode of LOST. Tune in next Monday for the final episode of the podcast.

Ever the gluttons for punishment, The Superhero Pantheon had the distinct pleasure of reviewing Elektra this week. Woof.

Ben & Matt’s Marvellous Journey will also have a Captain Marvel episode in the coming weeks, as well as Ant-Man & The Wasp, and of course Avengers: Endgame.