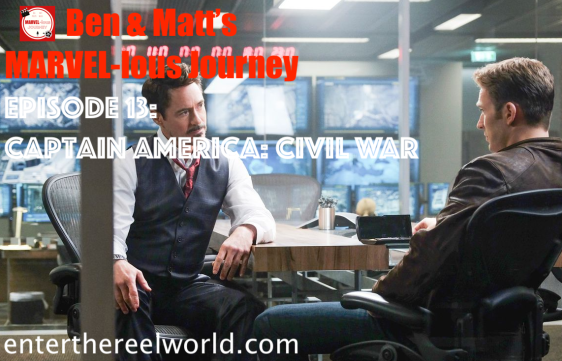 Who is more likely to lose all control of themselves out of excitement: Ben Phillips when Cap bicep curls a helicopter or Matt Waters when Spider-Man makes his MCU debut?

If you said both are equally likely to explode into a fountain of hormonal ecstasy then you were right! Yes, it’s time for Civil War. Also that Black panther guy you may have heard about shows up for a bit. NBD.

Good grief, after all this rampant excellence we need to slowly come back down to earth, and what better way than the aggressively average Doctor Strange? Hmm… I guess you don’t need to listen to the episode now… But it’ll be fun anyway! Check out the full line-up so far as well as the schedule for what’s to come.

– It’s all rafts and funerals over on From Broadcast Depth, our weekly LOST podcast, hosted by Kevin Ford & Ben Lundy. They’re one episode away from the Season 1 finale already, guys, so you’d better hop on board the hype train now.