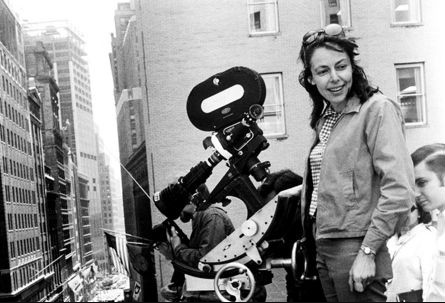 Elaine May got the chance to direct four films, and all four ranged from good to great to all-time classic. Hollywood repeatedly kept her in the dog house, and she did not (as of yet) direct another film after Ishtar in 1987. It’s criminal. She was/is clearly one of the most valuable and entertaining voices the medium has ever had.

“But you can’t really put a price on democracy.”

Ishtar is one of those films whose reputation is derived from its lack of financial success and stories of disorder while filming instead of people engaging with its (far from flawless) substance. In May’s only directing effort after the early 70s, she created a hilarious and goofy tale about two absolute himbos doing their best to live out their dreams as singers while simultaneously getting caught up in a war between the CIA and left-wing revolutionaries.

The biggest takeaway from it though was that Elaine May got how to write and present Warren Beatty better than almost anyone else – including himself. (The only real close competition would be Robert Altman in McCabe & Mrs. Miller.) Warren Beatty is absolutely one of the most fascinating onscreen personas, auteurs, and Hollywood figures in history. May captures his earnestness perfectly and manages harness it in a manner that strips Beatty of his most self-serving instincts. Beatty’s tendency to glamorize himself on screen (or inability to not do so) is one of the aspects of his career that makes him so endlessly interesting but also kept on a false ceiling on some of his work. May takes an alternate approach and the whole film works as a result and stands out even more in Beatty’s long career as one of his most purely joyful turns.

“There is no deceit in the cauliflower.”

One of the great struggles in life is navigating the contradiction between what society, family, and culture expects you to do versus taking the time required to discover yourself. This dilemma manifests itself in so many ways, but Elaine May dives into how this plays out in our romantic relationships with The Heartbreak Kid. There is a great tragedy of the competing desires of succumbing to the pressure to mate for life before one is ready and the desire to be free to follow  how you feel moment to moment.

For the vast majority of us, we do not know ourselves nearly well enough to commit to another person early in life. The catch is that we can become so terrified that we will never find anyone that we will latch onto the very first person who is wiling to be with us. Fear dictates so much of what we do with our lives. Then we have that moment when we realize we are unhappy and we do not really understand why or how we got there. And that is when the self-destruction begins and we run over everyone in sight.

The Heartbreak Kid centers Charles Grodin on such a warpath. He has no idea how lost he is whatsoever. People left and right just get knocked over as he mindlessly reacts to all of his urges without having any tools to make sense of what is going on in his own head. While he may have gotten the wedding he claims to have truly wanted at the end of the film, it is one of the most morbid “happy” ending in Hollywood history. Even Dustin Hoffman and Katherine Ross at least knew **something** was wrong at the end of their story.

Elaine May’s third film dived deeper into human relationships and the deep suffering inside men. While May’s first two films specifically focused on the relationships between men and women, here May shines a light on the complicated emotions and language that make up male friendships. John Cassavetes is the charismatic popular kid who has finally wrote a check his ass can’t cash. Peter Falk has always lived in his shadow and wondered what it was like to live “up there” and is now selling Cassavetes up the river. Cassavetes has benefited all his life from being gregarious. Falk has suffered all of his life from not being likable. Cassavetes has been able to take chances all his life and counted on his ability to talk himself out of trouble. Falk has played it safe and boring and still deep down longs to know what it would be like to be fun and easy going. This divide in these lifelong friends does not mean they do not love each other, but it means, like everyone, they love each other imperfectly. And in the high stakes lifestyle they have chosen, the deep down resentments that can fester in even the best of relationships has lethal implications. The last night of Nicky’s life is tragic for both him and Mikey. These are deeply unhappy men who have no true sense of how it has come to this.

“I don’t want to share things. I want to OWN things all by myself!”

I do not think I have ever watched a film that so accurately captured the absurdity of the concept of marriage. I don’t mean to say that the film (or me, for that matter) is anti-marriage so much as that the film really perfectly illustrates how strange of an idea “marriage” is if you ever take the time to think about it. You and another person decide you are just going to be around each other all the time FOREVER.

And not only do you decide that, but you decide it relatively early in life!

And you do it believing that you and this other person will somehow will not change to such a degree to make the marriage untenable.

A New Leaf is a rare film that has a protagonist that dares to act as if this idea is too absurd for words. Elaine, hilariously and from a class-conscious perspective, created a stunning debut film (even if her version apparently greatly deviated with what the studio released) that perfectly conveyed her great sense of humor and distinct understanding of the deep tragedy of being a human being.