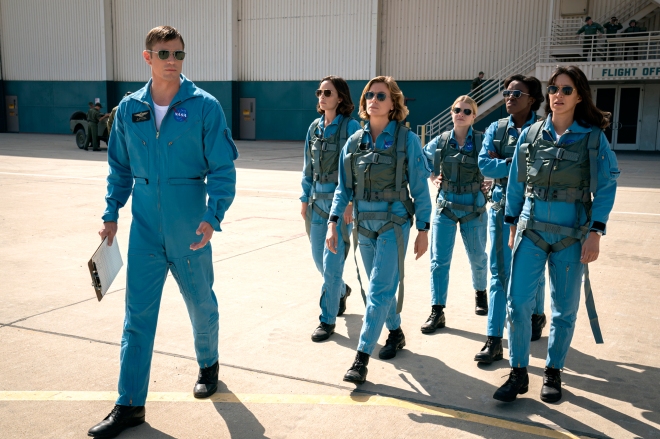 The Movie or TV Show: For All Mankind (The first two complete seasons)

One Sentence Premise Summary:  The story posits a scenario whereby the Soviet Union reaches the moon first, and the space race not only doesn’t end, but becomes an extension of the cold war and brings us to the brink of a world war by the end of season two.

Why You Should Stream This:

This is another show where I could focus on the most recent episode because of how good it is. The difference Is I don’t think you can appreciate what that second season finale has to offer without watching the previous 19 episodes.

In a way, I have a lot of the same feelings about For All Mankind as I do Halt and Catch Fire. There are a number of reasons for this. First, the show gets off to a rough start and doesn’t really find itself until a few episodes in. The alternate history is a bit janky until they turn the focus to the female astronauts, similar to the transition from focusing on Joe and Gordon to Donna and Cameron. There is also the throwback nature. Both HATC and FAM spend some time in the 1980s. Finally, the most nuanced aspect of the commonalities is the way both shows mix the idea of success professionally with success personally. We see a lot of change and evolution over the years. It’s remarkable that we start on July 20, 1969 and are well into the 1970s by the end of season one. Season two starts in in the early 1980s and that’s where we stay before ultimately end up very far away (both literally and in terms of years) in 1995.

We get to know a number of characters, and some of them die. Like really die. No flashbacks or ghosts., They spend time mourning their colleagues deaths at various times. The show even takes one of the more steps I’ve ever seen a show take by having one of the core families lose their son. The journey they go on afterward is very unique. It also leads to one of the best final scenes of television I’ve seen this year at the end of the third episode of season two.

There are times when the show gets bogged down in either uninteresting or weird storylines. There is a season storyline involving an older woman and younger woman that just flat-out does not work. Some of the political dynamics don’t always work. The Aleida Rosales character still doesn’t totally work. She and Danielle Poole very much feel like tokens, and it would be nice to see better representation, especially in season three when the show enters a more modern era.

While For All Mankind does not always work, it does something almost no other show does. It earns the run time of its episodes. There is something I psychologically struggle with when an episode is above 50 minutes. Most of these episodes are 50 minutes and longer, some even lurching over an hour long. Because of the amount of characters and the subject matter, I generally don’t feel like any moments are wasted. This can be a flawed show, but it nails the big moments. There is an intriguing amount of storylines, and the show is not afraid to shuffle characters in and out.

Best Performance:  There are so many characters and quality performances across the board that I could have gone with any number of them. This is a true ensemble show with even Joel Kinnaman occasionally making cameos in specific episodes.

I give this award to Jodi Balfour because she almost slides into the background of the first season and is only barely noticeable when the female astronauts are introduced. By the end of season two, she is one of the most important characters and her actions might be the impetus for preventing war between the United States and Russia. What makes her journey complicated is the fact she’s a lesbian who cannot come out. Although she wants to leave NASA and live her life with a potential partner, the circumstances of her job shift dramatically to where she may never leave. There is even the potential for her to be an elected official because of how good she is (and the fact astronauts are seen as even more heroic helps too). The struggle of her sexuality seems very plausible in Ronald Reagan’s America (this time starting in 1977 as opposed to 1981). A critique of this show could easily be that it ignores AIDS altogether (just like Ronald Reagan’s America), but it would also be tough for it to address such a serious crisis without then having to straight up become about this horrible disease. Also, playing alternate history with AIDS seems like a recipe for disaster too. I think the idea of John Lennon being alive and active in this society is borderline as is. Nonetheless, Balfour was really good and she’s the characters I’m most invested in for season three.

Best Quote: Every political system is flawed. And every bureaucracy is corrupt. -Wernher Von Braun

Next week, Cocaine Cowboys: The Kings of Miami!

Go back and read my list of 100 favorite movies!

Listen to me talk about superhero cinema!

Listen to me talk about adult movies!

Listen to me talk about television shows!