Okay, so these movies are mostly ass. In fact, calling them “movies” is pretty much a stretch. For the most part, it just feels like the books were plugged into Google Translate to go from “book” to “movie” and they were just spit out. There was no real vision and the differing early styles, and the whole thing was clearly just a quick cash-in. Whatever! These books were not designed well for adaptation for the screen (big or small). As such, there’s really no great acting in there, but some characters were better served than others in the script with actors actually doing what was needed!

Back when the stories were more fairy tales and the Hardy Boys or whatever, the movies had more time for bit characters with only a handful of lines like Nearly Headless Nick. Cleese was exactly what the role called for and nailed it! It didn’t feel like the character got short-changed nor did it feel like the actor was phoning it in. This was the ideal supporting performance/character that makes Harry Potter feel warm and familiar!

John had a few scenes in like three of these things and just totally nailed it. John Hurt: great actor!

Of all the children with meaty roles, Watson did by far the best job at every stage of the series. She felt the closest like an actual real human (to the extent that children are humans which the science is still out on). It was not a flawless performance (and Watson has proven in later years to be capable but not particularly special as an actress), but had a large degree of difficulty and she pulled it off.

While some of the casting was quite spot on over the years, there is probably no one better than Evanna Lynch as Luna Lovegood. The only shame was that she was not in more of the films as she was exactly the kind of bit role that only needed 2-3 lines to make a positive impact on any of the movies.

While Ralph Fiennes went for Tommy Lee Jones in Batman: Forever, Imelda Staunton went for The Emperor. It’s a slight but distinct difference in pathologically evil villains but makes all the difference in the world in regards to how compelling a character is! it’s a shame she was wasted in one of the weakest entries of the series.

Chamber of Secrets is the big bore of the whole series, but Branagh was the only thing keeping it from being completely miserable! He’s a great idiot. The character has a truly tragic end in the fifth book. Branagh would have nailed it, and they probably should have tried to find a way to get that in somewhere at some point.

Isaacs really did a great job despite being given very little time to do it. He was brought in and out of the series. Even though his presence was always inconsistent, he always nailed what he needed to do

Slughorn was equal parts comedy and tragedy, and Broadbent pulled it off perfectly. There was honestly a lot of room for more Slughorn over the course of the books as the series rarely had time to deal with people so willing to take no sides in things. The time spent with Slughorn was done well though. 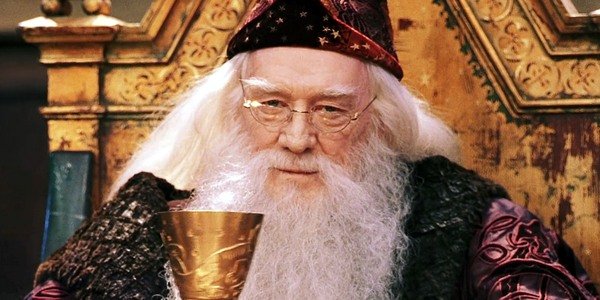 While Michael Gambon was able to capture the quirkiness of Dumbledore, that’s only one beat required of a Dumbledore. You really have to capture the grace and calm that is present in him the vast majority of time. Gambon always felt like he was manic, and it was just kind of made him a non-comforting presence. 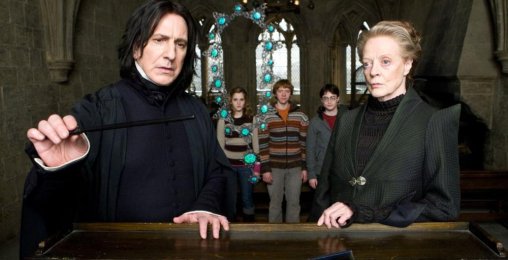 This was basically by default. Rickman is the only adult performer who is consistently good, given stuff to actually do, and never has any significant drop-off in the screen time.