Matt and Mike have watched the Nolan Batman films too many times and have decided to rank their favorite performances from them! It was either this or we tried to trick people into listening us record another podcast about them!

The one character tacked on to The Dark Knight and The Dark Knight Rises from the first film who did not, strictly speaking, need to be there was the Scarecrow. Cillian Murphy completed popped though in this role and always welcome in the films whether it was in a major role in Begins or the cameos in the follow-up. The fact that Cillian is not a more frequent presence in major films is a disappointment! 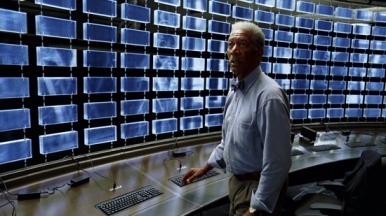 Is he sort of just playing Morgan Freeman again? Yes. But Morgan Freeman is a charming MFer. His sarcastic jabs at Bruce are entirely necessary, as Bale threatens to collapse under the weight of his own self-seriousness. They also serve to remind that Lucius is not an idiot, easily puzzling out Bruce’s big secret in a welcome change to the overly slavish adherence to the secret identity schtick. His horrified objections to the Big Government surveillance machine also help remind everyone that Batman is fundamentally a big time facist and should be called out for it.

The Rachel Dawes character was a creation of Batman Begins and unfortunately was cast with someone ill-suited for such a role. Katie Holmes is not a terrible performer in any way, but she is more compelling when she is coloring outside the lines. Aka the opposite of what was called for by Rachel Dawes. Maggie Gyllenhaal had unenviable task of salvaging something from that character and establishing enough of a dynamic with Bruce and Harvey that her death could truly be the horrific moment that it was designed to be. Not only did she nail the part, but it was clear if she got the chance to do this in Begins she would have been more celebrated overall.

Oldman has enormous Jim Gordon from ‘Batman: Year One’ energy, breathing new life into a role that had exclusively been played by older actors, re-establishing him as a man of action and not just a nice bumbling ally. His knowing smirks at Batman’s antics in The Dark Knight are excellent, but he also brings the drama, rapidly losing control of Batman’s interrogation of The Joker and later pleading for his family’s life with Two-Face. He rounds out his work with a fun mentor relationship with John “Clear the corners, rookie” Blake. It’s simply put an understated utility performance that doesn’t stick out, but absolutely helps hold the series together.

Listen. The voice is bad. I don’t care how into the performance you are in general, somebody should have intervened. The character also shouldn’t be white. But that aside! What an absolute unit. While he’s not very tall, Hardy packed on such a phenomenal amount of muscle, had the body language of a seven footer and the costuming department outfitted him with some of the finest coats anyone has ever seen to give him an unrivaled amount of stage presence. I sincerely believe the fight scene where he dismantles Batman is one of the best one on one fight scenes in a blockbuster this century. Bane’s combo of being physically AND intellectually overwhelming is what Batman fans clamour for, and thankfully Hardy was able to translate both to the screen, erasing Batman & Robin from history.

Imagine watching the first few minutes of Batman Begins for the first time, seeing a pre-Taken Liam Neeson playing the incredibly obscure Henri Ducard and then somebody telling you he’d be the most influential character in the trilogy. Racial ickyness aside (oh hey, a running theme!), Neeson is perfectly suited for this wise, world-weary mentor-turned genocidal madman, philosophising to Bruce as he inadvertently helps him create Batman, then later mocking his naiveté. His (League of) Shadow(s) looms large beyond his seemingly one-and-done appearance though, as Bruce continues to play out their argument for the next two films, even hallucinating a conversation with him in TDKR as he struggles to overcome the team of his deceptive daughter and powerful protege.

In some ways, this slot seems kinda high but who can argue with democracy! Hathaway did a remarkable job despite the tough position she was put in. Similar to Harvey Dent in The Dark Knight, her arc was the true story that needed to be a homerun for the film to fully connect. Selina Kyle represented the cynicism and feeling of self-involved isolation that had taken over Gotham since the neoliberal takeover of the city in the way of the removal of mob rule. Thus, you really had to buy into her change at the end of the film in order for the themes to connect. The moderate failure of that was less to do with her and more to do with the meandering and sprawling out-out-control six-hour story that Nolan tried to cram into this 2.45 movie.

Aaron Eckhart truly had the unsung role that the success of The Dark Knight was hinging on. If this performance did not work, if the audience did not BELIEVE IN HARVEY DENT then there was gonna be nothing to really care about. While there was a certain inevitability (obviously) about him becoming Two-Face, he needed to feel like Harvey Dent for the majority of the film in order for the story to connect. Eckhart knocked it out of the fucking park and somehow has not been showered with big-time roles ever since. Stupid!

For now, the reigning best live action Batman (Kevin Conroy 4 lyfe). Bale poured himself entirely into a role that all signs seemed to indicate he despised, effectively rising to the challenge of portraying one of fiction’s most famous characters over the course of more than a decade. His work in Batman Begins in particular is stellar, as he made Bruce Wayne a fully three-dimensional person, slowly crafting his legendary alter-ego from scratch. Some may grumble over it taking so long for Batman to appear, but as time has gone by I find myself more enveloped by the first act and Bruce’s fundamental misunderstanding of Gotham. There’s not quite enough room for him in The Dark Knight given the other towering performances and grandiose spectacle, but he’s back on form in The Dark Knight Rises, as he goes full Howard Hughes until he’s dragged back out into the light for his Frank Miller phase, given some more human moments with Hathaway, Gordon-Levitt, Caine and Cotillard. What I’m saying is I think he’s an excellent Bruce and an overrated Batman. 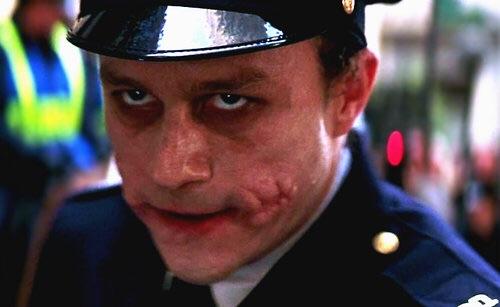 Ledger’s work as the Joker is probably one of the few mainstream performances in a blockbuster that received universal praise in the moment that genuinely holds up years (and now over a decade) later). Ledger made the Joker feel like an unbeatable force of nature both in small interactions with other characters and in the bigger moments of the film. It’s kind of pathetic how much the Joker in general is put up on a pedestal by so many people, and it certainly makes liking this version less cool. But Ledger’s work is truly undeniable.