Serkis had one thing going against him with his work and that is that the CGI for Gollum – while impressive – still mostly sucked. When you see above what Gollum *could* have been, you really have to question what the filmmakers were thinking by going full CGI. That being said, Serkis made the best with what he had and delivered a captivating performance and successfully conveyed the tragedy of Smeagol quite well.

Gimli’s journey throughout the LOTR is as endearing and winning as anything else in there. His hardened shell gets slowed chipped away at throughout thanks to his protective feelings of the Hobbits, adoration of Aragon, and brotherly affection for Legolas. The Legolas buddy story in particular is as fun as ever a couple of decades later, and it’s a huge part of what made the second two films work. Rhys-Davies had to play a lot of different beats in this trilogy, and he rarely got to organically play off the other actors in the scenes because he pretty much always had a stand-in. He was well up to the task though and did a great job.

Dourif is one of those dudes who is just so fucking good in everything he does that you can completely take him for granted no matter how many times he delivers. He manages to play the sniveling little weasel so well that you are shocked to find yourself believing in his humanity by the end. It was a tough role for this world where it stands out as so unlike anyone else you encounter throughout. Dourif nails it though, and the strange theatrical editing of the final film leaving him on the cutting room floor was a minor tragedy.

The late great Christopher Lee’s commanding presence may have never been better on display than in Fellowship and Two Towers. The way he just felt like he was towering over Gandalf in their first scene together told you everything you needed to know about the character and made every action of his from there on out perfectly believable despite the sudden onscreen turn to evil. Given that this story had to rely on a truly unseen villain and lots of faceless orcs, Lee really had to carry things on the dark side for large portions of the trilogy and he did so brilliantly. He also deserved a better ending than the one he got.

Otto had an extremely tough role to play in this series. These films at the end of the day were about people taking violent action to defend themselves, and the film really made Eowyn wait and wait and wait before doing “something” that the movie valued. Otto managed to make the wait mean something though, and then when she joined the war in Return of the King, it was true standing ovation-like moment the likes of which we rarely see anymore. Otto’s work in bringing to life a character that truly would have struggled to felt true to herself in such a world was brilliant from beginning to end.

Ian Holm had one of the most critical roles in the franchise. A lot was riding on the first hour of Fellowship, and thus Holm really had to nail everything. Thankfully, he did just that. Holm’s Bilbo served as empathetic warning for what was to come for Frodo and cast a dark cloud over the next nine hours of film. He also had to essentially be the main character for the first thirty minutes, and despite countless characters having more screentime in the whole trilogy, it’s hard to imagine any of it being so successful without Holm establishing the tragic and comedic tone of the story. 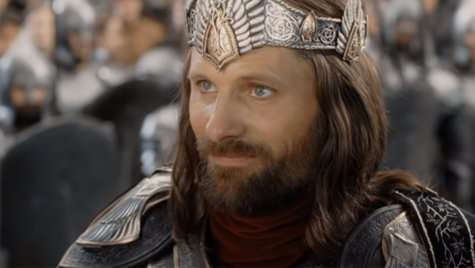 There is nothing sexy about compliment The Chosen One Hero as a great performance in a fantasy film. They get the big the arc, the huge moments, and the most things to do in general. That being said, it’s really nice when they are performed very well. Viggo got to explore a lot of different areas of Aragon (with his time as Strider probably being the best and most enjoyable), and he did all of them quite well (if not all equally well). He had unenviable task of keeping a very large portion of the story together and keeping everything grounded. Great and in some ways underappreciated work.

Gandalf the Grey is one of my favorite characters in the history of everything. Gandalf the White gets to ride his coattails!! I am not afraid to say this! But yea, so Ian McKellen is obviously great throughout this whole but Gandalf the White was a logical but less compelling character to play. When you’re getting to this point in the ranking process, petty things like this make a difference.

The last gasp of King Theoden is one of the most beautiful stories told in the trilogy. Theoden fucked everything up. While it would be easy to write it off to the poison on Saruman, Theoden clearly had to be asleep at the wheel to allow such a situation to begin in the first place. He got what so few people get in this world. He got a second chance to truly repair some of the damage he had done. He did what he could for as long as he could, and he got to die giving up his life for others. And Bernard nailed the arc every step of the way.

The most painful moment in all of The Lord of the Rings than the moment where Boromir says goodbye to Aragorn. I have rewatched this movie approximately 500 times and every single time I think maybe this is the time Boromir does not get killed by the arrows. This will be the time. The arrows will miss. Boromir will remember his shield this time. Aragorn will get there earlier. Something. But no, every time I have to have my heart broken all over again.

Boromir was set up for failure. He did not have the tools to resist the influence of his father. He was meant to be a ruler of men, but he was not meant to have to fend off the power his family status foisted upon him. He was not meant to make those kind of decisions. It was not a story of power corrupting or the evils of the temptation of the power but the failure to recognize who are children are the failing paths we set for them. It gets me every time.