The premise is in the title!

Bokeem Woodbine’s character wanted to fuck Adriana so badly that he had to pretend to like this song. Truly some of the most spellbinding work to ever appear on HBO.

The Sopranos goes to Newark was always a fascinating time even if they never felt fully comfortable doing so. The speciality of the show in some ways was making exceptionally awful people somehow quite lovable and compelling despite the depths that they would sink to time and time again. While the Italian American perspective and history with Newark is very nuanced and interesting in many ways, it always felt like a dynamic you kinda need to either dive in all the way or not go there at all. THIS IS ALL TO SAY that Vondie Curtis Hall did some excellent fucking work in his season 4 episode as he humanized the all-too-real character that was once hoping to make change but eventually succumbed to the worldview that it was impossible and all he could do was take care of himself.

While the show was forced to use a lookalike for “Martin Scorsese” in season one, starting with “D-Girl” in season two, the show would frequently get the actual actors to play themselves in the show. Jon Favreau was one of the few actors in this episode to do just that and played it with the appropriate amount of self-deprecation. 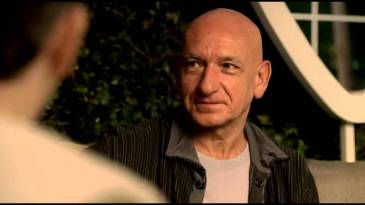 While Jon Favreau may have been self-deprecating while remaining human, Ben Kingsley was more willing to make himself a complete douche who only makes time for the peons when he is truly obligated to do so. To be fair, I am not sure how one is supposed to respond to Christopher Moltisanti and Little Carmine pitching a slasher movie to you, but still.

Dutton delivered an excellent performance in “Another Toothpick” while simultaneously serving a critical function of the show. Tony cherishes his power above all else and insulates himself from settings where he is not in complete control as often as possible. Dutton’s character refusing to budge on a speeding ticket meant that Tony had to extend his reach a bit more than he was used to and showed the extreme depths of his pettiness. He also served as a reminder of the limits of Tony’s empathy that occasionally springs up and exposed Tony’s coping mechanism of using his money as power to let go of his guilt. Just a masterful episodic story.

Bobby Bacala Sr. was one of the few characters from “the old days” who ever actually made an appearance on the show, as the vast majority of them either died or remained incarcerated. But show up he did, and Burt Young seamlessly fit in to the world and felt like someone whom could easily see operating in Tony’s world. The overwhelming sadness that someone in this world could see the idea carrying out a hit on their god son as a reason to live was also fittingly depressing for the show.

The hidden yet deep and pulsating rage that Ken Leung put on display here was some of the most haunting, sad, and terrifying work on the show. The way he gravitated towards Junior was so simultaneously sweet and depressing, and you learned so much about his character and his history despite the fact that he had not only never appeared on the show but was also so clearly outside the world 99% of the show took place in. Leung is one of Hollywood’s greatest underutilized talents.

While everyone on this list did a great job in their only episode on the show, no one left an impact and haunt the show until the very like Tracee did. It was the type of performance that felt full bodied as Kiley seemingly gave everything to the role. Tracee was clearly someone punished all her life in one form or another. She came into this world of Tony’s and committed the ultimate sin of making one of these men feel like a little boy in front of their peers. And she paid for it with her life.