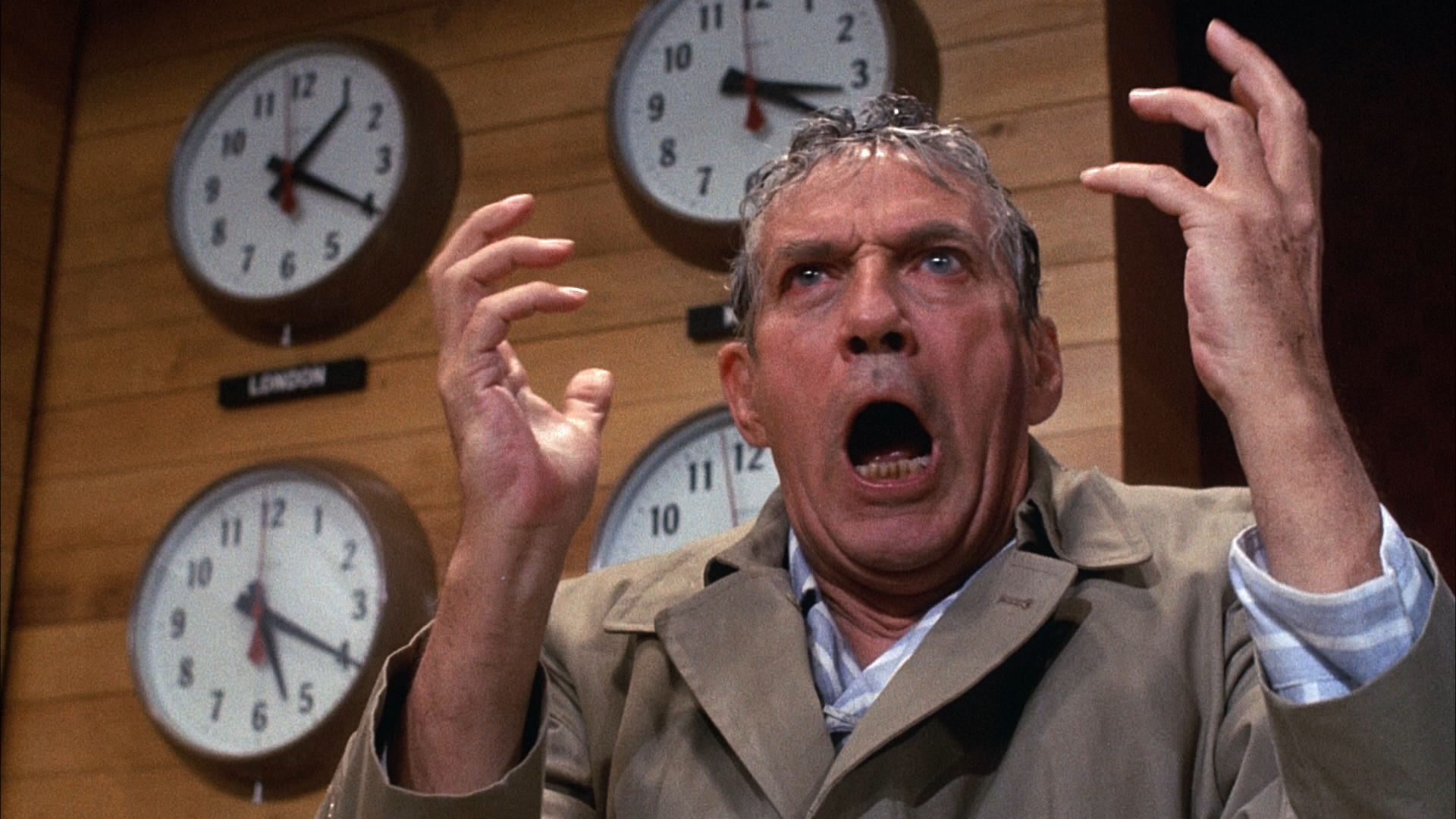 One Sentence Plot Summary: Howard Beale saves his failing news show by attempting to tell the truth but is eventually killed because of low ratings.

I’ve rewatched a lot of my favorites recently and have generally had a lot of my thoughts confirmed. I knew this movie was going to be on my list, but I was so incredibly impressed by almost every aspect of the film this time. This is one of the greatest screenplays ever written, and the actors respond to this screenplay with a collection of performances that belong in a museum. It’s not just the leads who get time to shine, but Beatrice Straight has one of the most emotional scenes in the movie and isn’t seen very much after. Ned Beatty, who I think is criminally underrated, has a five-minute scene of his own and owns the movie for that time.

William Holden was just 55/56 in this movie but looked 10-15 years older. He is a byproduct of a different generation, and this was his last major role in a movie at this level. Max Schumaker is really well written and almost becomes a running metacommentary of the film as Paddy Chayefksy allows this character to comment on the action almost like his relationship with Christensen is like an episode of television. Holden portrays Schumaker as an old school television man who really cared about the news and didn’t concern himself with budgets and profit margins. At times, the movie wants us to see his point of view, but he is the kind of person who abandons his wife of 25 years for a younger woman. He also probably could have done a lot more to help his friend Howard Beale.

This is going to one of the longest write-ups, and that’s because there’s so much depth to Network. I haven’t even mentioned Peter Finch, a man who won an Academy Award for his role as Howard Beale. Beale is indeed mad as hell. He started as a news anchor but became a parody of himself as a truth teller who eventually self-destructed because he became too much of a truth teller and then was convinced that democracy is dead and corporations are the new world order. I can’t help but see so many personas on cable news in much the same way. Do any of the men and women on cable news have any values? Forget ideology;is there much of a difference between what Rachel Maddow does on MSNBC or Tucker Carlson on Fox News. Carlson is clearly more repugnant, but they both present a point of view and are invested in that point of view as opposed to real people. Someone like Candice Owens is an even better example because you can track her career and see how she has manipulated social media for her own best interests as opposed to really having any political values.

Speaking of political values, there’s also an interesting subplot which eventually connects to the Beale portions of the script involving a militant group of Black communists. I’m not sure if they were directly parodying people like Angela Davis, but this group becomes commodified and as capitalistic as the executives in the UBS offices. I like that the script shows how everyone can be corrected regardless of idelology or belief. Howard Beale is a representation of a clear kind of frustration. A network takes advantage of that for ratings but doesn’t actually care about the issues. Their first concern is ratings. The same is true today. I don’t think many of the hosts truly believe in anything…but they should not be killed in a firing squad regardless of how low their ratings get. 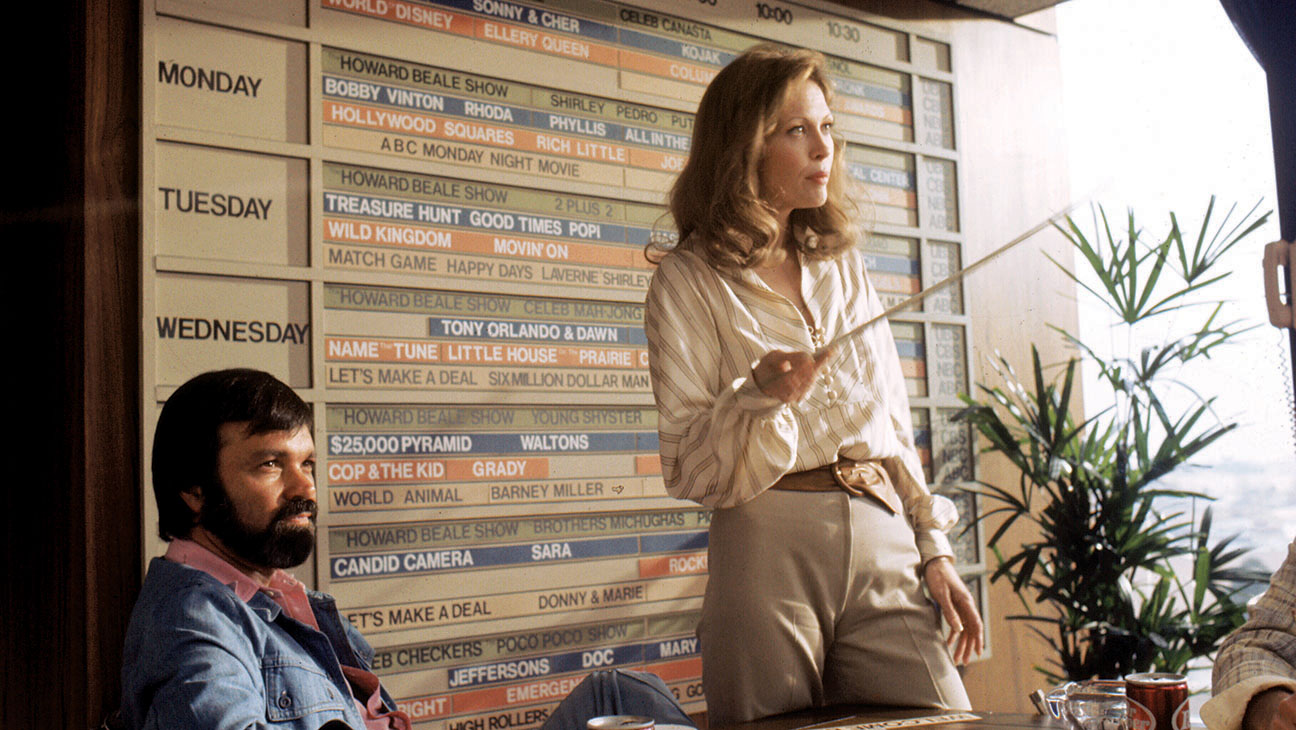 *Nothing noticeable. The level of satire was very high, and the idea of the super leftist group selling out to a network feels very realistic. I don’t think the film is making a value judgment, but it certainly leads to some hilarious scenes and lines.

MVP: Paddy Chayefsky is the easy winner here. Sidney Lumet is one of the best directors of his lifetime, but he takes a back seat to one of the greatest screenplays ever written. Every character is rich with depth and so many of the actors get something to chew on. I especially love the diversity in who gets to speak. It’s not just William Holden and Robert Duval who chew the scenery, but Faye Dunaway has such a specific character while Beatrice Straight won an Oscar for five minutes of screentime, and lot of the credit has to go to the writing. Chayefsky won an Academy Award, and I can’t even imagine the race being close (even knowing this would have been against both Rocky and All the President’s Men. It’s easy to see why this was turned into play because of how theatrical even this movie is.

Best Performance: This is so difficult. I could probably go six deep with the various actors, but I think the best choice is Faye Dunaway. I talked about William Holden and what he had to do earlier. Peter Finch isn’t so much a character as he is the vessel by which the movie delivers its satire. That doesn’t mean he didn’t deserve a posthumous Academy Award, but I think the idea of Diana Christensen is fascinating. This is someone who would be born just before the baby boom and was raised by television. Almost every line she delivers is related to her work, and she even admits to coming up short when it comes to emotional availability. It would be easy for her to be unsympathetic or for her to be an ice queen, but she feels like a fully realized character. She plays off the other characters incredibly well and balances the film really well.

Best Quote: “I’m as mad as hell, and I’m not going to take it anymore.” – Howard Beale (an anthem for our times currently)

Is there a sequel? No; but man, there could be. 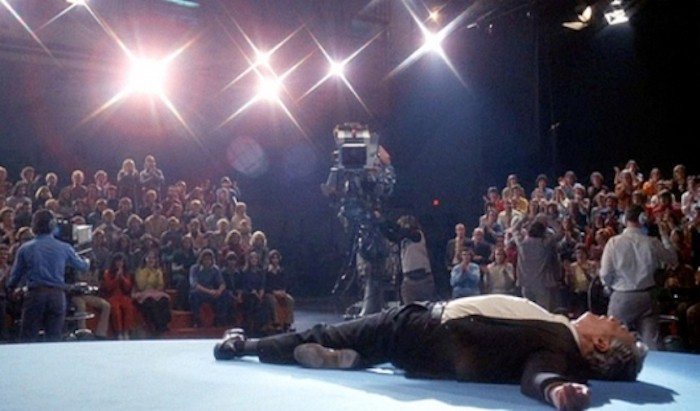