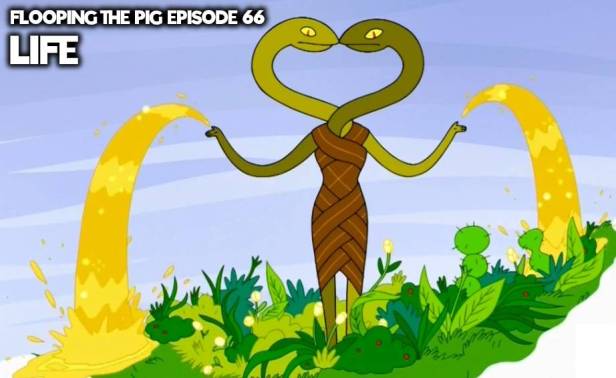 Before Season 8 began, Jake and Finn followed around a frog hoping to see him put on a crown! Our hosts tackle those shorts, and the first three episodes of the Season 8, which brings us inside of a different crown (Ice King’s), Finn being forced to face his judgments, with a particularly interesting view on Princess Bubblegum, and a bizarre alternate universe episode.

Ben & Matt’s There Will Be Movies is back! Get prepared for the special Watch-Along episode 26 covering Scott Pilgrim vs the World next Monday by listening to a brief volume 2 intro episode.