Proving that art is in fact dead, Ben & Matt bring you the most morally bankrupt podcast miniseries in the history of the site… Kicky Punchy Men. It’s The Raid vs John Wick in a five-round showdown to the death!

This week Ben challenges one of Matt’s firmest held film beliefs… and wins! 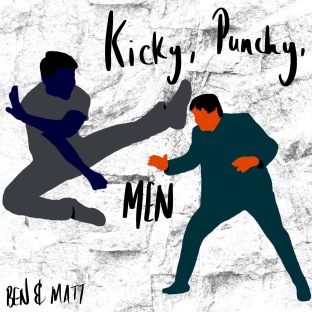 If this was your first time experiencing the dulcet tones of Ben & Matt then why not check out their other podcasts: There Will Be Movies, Ben & Matt’s MARVELlous Journey, Countdown to Destruction?, Secret Agent Men and Nothing Ever Ends.

The Superhero Pantheon may have wrapped its second volume, but taking its place starting this week Pantheon Plus, wherein Jerome and Brian take aim at some different genres.

Kevin Ford’s Flooping the Pig, our Adventure Time podcast, has finally caught up with its archive and now uploads brand new episodes every Thursday.