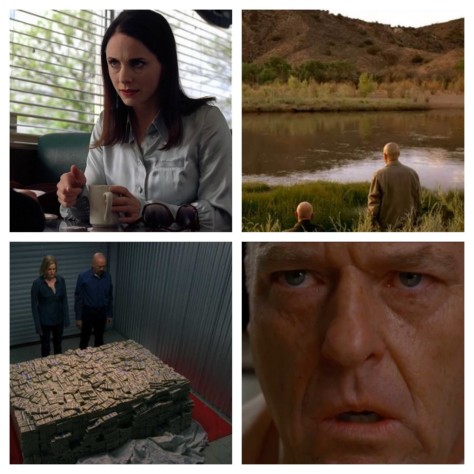 Much like AMC, Jerome and Kevin knew the final season of Breaking Bad was so big it needed to be consumed in two chunks.

This month, the first eight episodes of Season 5 are discussed. We say hello to some new bad guys, goodbye to a fan favorite, enjoy some of the most iconic show moments, and end on an all timer of a cliffhanger. First time viewer Jerome even gives some predictions on how the show will conclude. Join us as we begin the final stretch of our Breaking Bad coverage!

First time hearing Kevin Ford? Check his podcast on the TV series LOST, From Broadcast Depth, or his Adventure Time podcast, Flooping the Pig, with new episodes each Thursday.

New to Jerome? His long-running superhero movie podcast, The Superhero Pantheon, has wrapped its second volume. Taking its place twice a month will be Pantheon Plus, looking at a wider variety of genres.

Ben & Matt have followed up their mature discussion about HBO’s Watchmen with… the dumbest possible podcast: Kicky Punchy Men, a mini-series covering The Raid and John Wick franchises.