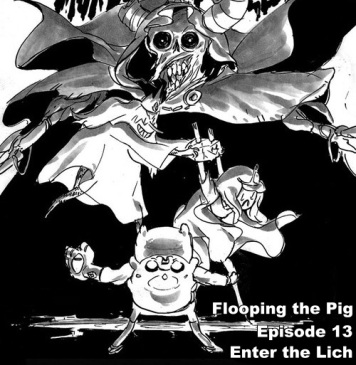 Things are about to get serious as a heart attack on Adventure Time! The Cool Kids discuss the change in tone on the show thanks to the Lich, the world-expansion that the final four episodes of Season 2 bring to the show, and their favorite characters. Season 2 is no more, so listen to this episode of Flooping the Pig before our boys get deep into Season 3!

Ben Phillips and Matt Waters’ Very Serious Film Podcast For Adults, There Will Be Movies, has just headed back from its trip into outer space, discussing Moon.

The Superhero Pantheon have the intense displeasure of covering Venom tomorrow… Good luck everyone!