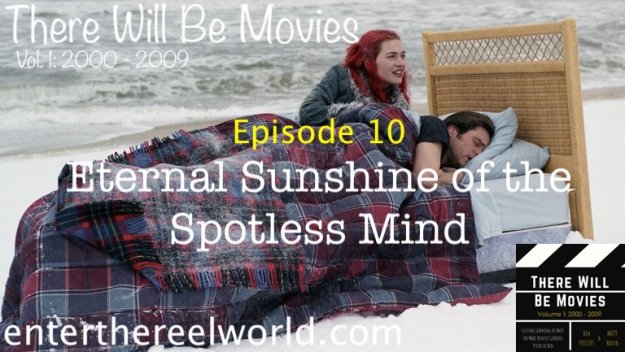 Ben Phillips & Matt Waters present 25 of their favourite movies from a given decade, kicking things off with Volume 1: 2000 – 2009.

One of Ben & Matt has a deep-seated desire to be smothered and the other thinks they’re a better writer than Charlie freakin’ Kaufman. It should be pretty easy to tell which is which. Plus make your listening experience more fun by drinking every time somebody refers to Elijah Wood as Tobey Maguire.

If this is your first time experiencing the dulcet tones of Ben & Matt then why not check out the podcast series they did on The Marvel Cinematic Universe and The Leftovers.

We welcomed a brand new podcast to the site this week, Mars Investigated, wherein The Superhero Pantheon‘s Jerome Cusson and From Broadcast Depth‘s Kevin Ford crack open the case files on Veronica Mars. This makes two of Ben’s favourite shows of all time that Kevin has beaten him to the punch on. How fun!

Mike & Matt’s X-Cellent Adventures is due to return relatively soon to cover the final season of Legion now that it’s concluded its run on both sides of the Atlantic. Stay tuned…