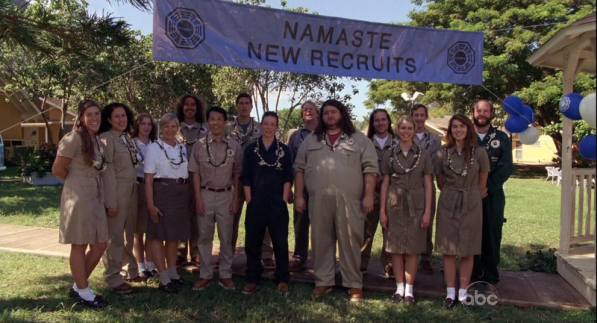 This week’s episodes focuses on the DHARMA Initiative, and how Sawyer, Juliet, Miles, and Jin have made a brand new life for themselves in the seventies amongst them. Of course their new life is torn asunder with the arrival of Jack, Kate, Hurley, and Sayid to the Island. In the present day, Sun and Lapidus go looking for Jin and make a harrowing discovery.

Ben and Kevin discuss their thoughts on the show focusing on the Dharma Initiative in its hay day, a production snafu that set the LOST fan community ablaze, a fairly major continuity error (possibly two?), and some surprisingly awesome team ups.