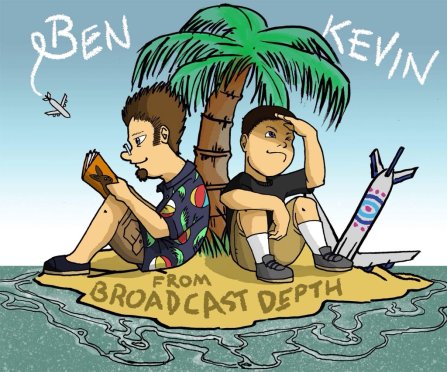 Two crucial episodes of Season 1 are discussed on this week’s From Broadcast Depth. The survivors discover first hand that they aren’t the only ones on the island, as Sayid is captured by the mysterious Rousseau, and the others discover an impostor among them with ulterior motives. We learn about Sayid’s Republican Guard past, the jerk of a father to Claire’s baby, and some great Hurley moments to boot. This is where the LOST addiction kicks in, kids!

Coming this Wednesday: Ben Phillips and Matt Waters review Iron Man 3 as part of their ongoing MCU podcast, Ben & Matt’s Marvellous Journey. If you hate that movie boy is this the episode for you because they did NOT.

Also Mike Thomas capped off The Thirst Winners (a Blade podcast mini-series) by taking a look back at the episode of the 90s Spider-Man cartoon Blade guest starred in. Suffice to say, it is DIFFERENT.