In a world filled with a litany of unnecessary sequels (here’s looking at you, Olympus/London/Angel Has Fallen), John Wick should get as many follow-ups as Keanu & company feel like making.

Just over a year ago I wrote up my Top 10 list for films released in 2015, and if not for the fact Whiplash juuuust slipped into the beginning of the year in the UK, John Wick would have been my number one with an incredibly appropriate and accurately fired bullet. At the time, I was blown away by this completely original piece of filmmaking, swimming amidst a sea of reboots and remakes, with its raw yet highly-stylised violence, believing Keanu Reeves had finally found the perfect role for his stoic action hero demeanour.

Fast forward to 2017, and while I can no longer give it a pat on the back for being an original self-contained film, John Wick: Chapter 2 took everything else I adored about the first and cranked it up to eleven, as they say. The fight scenes still have an earnest, desperate clumsiness and the gunplay is still as thrilling as it gets, with a real sense of relentless movement, but in both cases, more so.

It’s a simple story, much like the first Chapter. Your favourite retired death machine, John Wick, is back at it, with a mysterious figure from his past coming to collect on an old debt that sees ‘The Boogeyman’ murder his way through New York and Rome in an effort to finally leave his old life behind. Simple, but unbelievably well executed.

This production crew know what the heck they’re doing, and as far as I’m concerned, this is the best ongoing action series this side of The Raid – GOD, how much do you want to see John & Rama back to back fighting a legion of international assassins?! – A lot of the takes are long and are shot wide, making Keanu Reeves live up to his billing as the actor most capable of murdering every last one of us if he so chose. John advances through every fight scene tactically, shooting and moving, moving and shooting, every bit the merciless demon the film’s characters suggest.

Employing the Roman catacombs and a New York art gallery for set-pieces were inspired choices to raise the bar visually, and the soundtrack is still on point, knowing when to fall silent and let the visceral action speak for itself, and when to kick in with some European techno-type nonsense that fits the film like a glove.

But more so than the action, sound and directing, it’s the expansion of the mythos that I loved most. The first film did a good job of teasing out small snippets of the mysterious underground network of assassins, with their gold coins, amnesty hotels and all important set of rules. While writer Derek Kolstad is still keeping some cards close to his chest, our look into the world of John Wick has grown exponentially. From Markers to The High Table, The Sommelier to the Bowery King, and my absolute favourite, Central Accounting, John Wick: Chapter 2‘s universe is infinitely fascinating.

I don’t know who originally likened the film to Harry Potter but with Assassins, but that could not be more on point. Reeves’ John Wick, the world’s sexiest human, Ruby Rose’s Ares, and Common in his best acting performance to date as Cassian – as well as a whole host of other eclectic world-class hitpeople – go about their grim business out in the open, seemingly invisible to the public, like a bunch of wizards amidst a gaggle of muggles.

I cannot wait to learn more about this world in Chapter 3, and to feast my eyes on whatever depraved lunacy the fight choreographers come up with next. Your move, Gareth Evans. 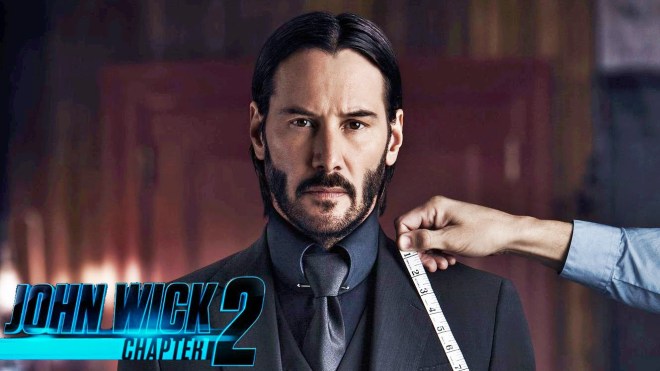