Sofia Coppola, to be reductive, is one of the greatest nepotism babies in the history of Hollywood. The biggest thing that I appreciate about Sofia is that she has a deep understanding of her lane and what she knows best about the human experience, and she capitalizes on that and mostly only that to beautiful art. Acknowledging limitations is difficult, but Sofia makes it look easy. 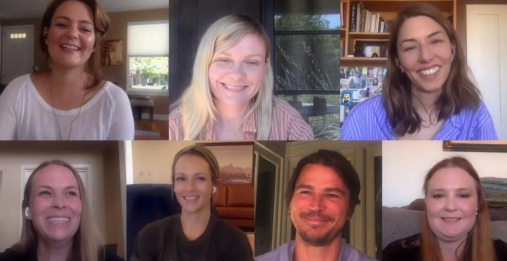 Coppola really just captures the experience of being a middle to upper class white cis straight woman so well. That feel that liberation is tied to your own individual sense of freedom. The way your choices feel completely made for you and the suffocation that comes from that. Coppola gets to work with an additional wrinkle here where the movie is told from the POV of four teenage boys and that somehow that feels more honest about the girls’ experience. So much of their experience in life is dictated by how boys see them. Very interesting first film from Coppola.

It is very hard to make a vibes film about incredibly annoying and pathetic white teenagers but Sofia Coppola is good at movies. This movie really captures the feeling of what it is like to be around awful young whites. The fact that Coppola managed to find the tragic humanity deep inside them was truly remarkable. Their actual crimes were not stealing rich people’s things but their own self-obsession and deep insecurity. We can all relate to that, but it is all of ours collective responsibility to not be so goddamn annoying about it.

The movie has ridiculous moments and an underwhelming casting decision for the lead part, but the whole thing works so much simply because the foundation is just so strong. On the Rocks is fundamentally a story about a daughter missing her father, and a father wanting to spend time with his daughter. Murray and Jones sell that part of it so well that it carries everything. It simply becomes nice just to be around the two of them going on a ridiculous adventure try to catch Jones’ husband (Marlon Wayans) cheating. The film feels slight but not in a cheap way.

“The more you know who you are, and what you want, the less you let things upset you.”

Lost in Translation was a genuine Cultural Moment and was the only real box office hit for Sofia Coppola. It is hard for me to explain exactly why – other than it was just the right film with the right players involved at the right time. It can be one of those random freak things with movies. One slight alteration with the release, and this just becomes yet another smaller film that gets lost in the shuffle.

I guess I say all that to establish that while I enjoy this film and find it interesting to explore, I remain mildly bewildered as to what about this film made it such A Thing. The movie uses the “strangers in a strange land” concept to explores the universal human experience of loneliness, dissatisfaction, and fear. While there are obvious unique qualities to being a sad middle-aged dude and a scared early twenties woman, Coppola successfully shows that at its core simply being alive causes many of us to be connected in our experiences and emotions.

Only barriers get erected that prevent us from growing connected to one another. This film plays like a fantasy in some ways but that fantasy captures the tragedy of how much we all miss out from being deprived of developing a shared understanding of each other and an empathy for our mutual struggles.

“We don’t have anywhere else to go.”

As the land is soaked in blood because the South will not let go of slavery, these seven southern well-to-do ladies of The Beguiled are in a giant house studying French (to be reductive). There is something so bizarre and insane about that situation, and all of the ladies are simply doing the best they can with it with the tools that they have at their disposable. Their world as they have only known it is imploding, and they have a very limited range of ideas of how to handle it. As a billion times better writer than I could ever hope to be put it, Coppola is obsessed with, “the beauty and fragility of white women.”

They have clearly devoted a considerable amount of time and effort to maintaining some sense of false normalcy to their lives as the county is in the tick of literal civil war. “If we learn our lessons properly when young, we can expect a calm and happy life when faced with the distractions of the world.” Then a wounded Union Irish soldier shows up and disrupts everything.  Thinks start out pleasant enough. Then everything goes to complete fucking shit, and they end up amputating a leg from the very horny Colin Farrell after a near-fatal fall down the stairs. From there, the one priority for the ladies is to restore their status quo and to remove Colin Farrell from their home. This eventually leads to them poisoning him with mushrooms (my favorite motif of 2017 cinema) and killing him. “The Beguiled is at once fairy tale and nightmare that shows that the gentility of the South is a fallacy.”