[This list will be updated as more films get watched over the years!]

In my head, I had seen a lot of Pedro Almodóvar films. When I actually went and tried to figure out which ones I had seen, I realized I had only watched 1-2 in college and then went to the theater a few years back to watch the very good Pain & Glory. The lasting impressions of my apparently brief dive into his work over the years were mostly that Carmen Maura was very good, Antonio Banderas was very good, and lots and lots of colors. Little did I know what I was getting myself into by diving deep into his work with the knowledge that HBOMax was removing all of his stuff after October 31, 2021.

Films to Watch Still: Labyrinth of Passion, Dark Habits, What Have I Done to Deserve This?, Matador, Law of Desire, Tie Me Up! Tie Me Down!, High Heels, Kika, The Flower of My Secret, Live Flesh, All About My Mother, Talk to Her, Julieta

After years of more “serious” films, Almodóvar seemed to wish to attempt to make a film with a tone more in line with his earliest work that made such a splash. The film just tragically felt like someone trying to do an Almodóvar impersonation. It’s not to say that no director nor Almodóvar himself should attempt to try to do something they did at a much earlier point in their career. It’s just that this one did not work. While the attempts at “bad taste” felt sincere when he was first starting, those moments in this one (the rape punchline sticking out most of all) came off as desperate and needy of our attention. 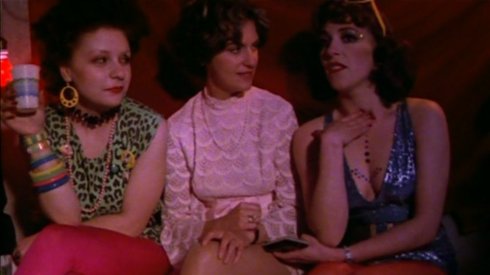 More interesting than good, Pedro Almodóvar’s debut features captures the beginnings of what would become to be known as his sensibilities in terms of both voice and look. The major idea running through it though the need to defy conventions whether it was the characters in the film or the film itself. The film felt like a pushback on a culture that obviously contains specific qualities about the culture that produced the film but also universal emotions. Again, interesting as an early film for a noted filmmaker but unless Almodóvar is a draw for you, not required viewing. 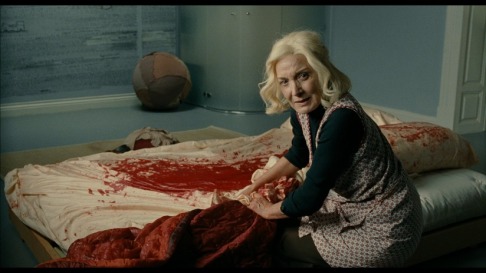 It is rare for me to watch a film and feel just completely out of my depth for how to describe what it made me feel. This was one such film. It is definitively though another example of proving that Almodóvar is one of the few people to understand what a talent Antonio Banderas is; much like Penelope Cruz, Hollywood has never totally figured out what to do with him. All that said, the film certainly made an impression on me. The look of the film is stunning. The tension is overwhelming. In many ways, Almodóvar seems to be at the peak of his powers here, but it is also possible that he may have “gone too far in a few places.” It will be an interesting film to revisit for me in the years to come.

If you have only seen one early-ish Almodóvar film, this is probably the one. While there are definite aspects of this one that feel very much of the film’s time, there are still the defining qualities of early Almodóvar that are just delightful. His attention to color. The absolutely chaotic and frantic mood permeating. Messy people being messy and lots of shenanigans ensuing. And of course Maura being the centerpiece of it all. Despite their up and down relationship, Maura always has kinda felt like his true muse (not designed as a shot at anyone else). She has such a commanding presence in everything I have seen her in over the years. Your eyes are just glued to her the entire time.

Watching Almodóvar in bulk was a bold (stupid) decision and it really cheapened some of the big-by-design moments in this film. On top of that, I find myself enjoying the smaller moments in his films and rarely connect to the bigger stuff happening in it. I say that all here while discussing Volver because I was naively shocked when the melodrama kicked in about halfway through as I found myself longing for Penelope Cruz and her daughter and her sister just going through life as best they can. It’s not even that the melodrama is poorly executed or anything like that, and I am certainly not saying that melodrama is bad. The smaller moments sitting side by side with the melodrama just unfortunately shines a light on aspects of Almodóvar’s work that I prefer compared to what he seems to be most interested in.

While this film had many of the melodramatic elements that most of Almodóvar’s films had, there was more of a simplicity to this one that I connected with. The melodrama felt more pure here. There was a sense that the melodrama was the point as it was a film about messy people being messy. In other films, I long for Almodóvar to explore the smaller moments more and just accept that that can be the point of his films sometimes. Here though, his expertise of his craft is on full display with nothing taking away from my enjoyment. 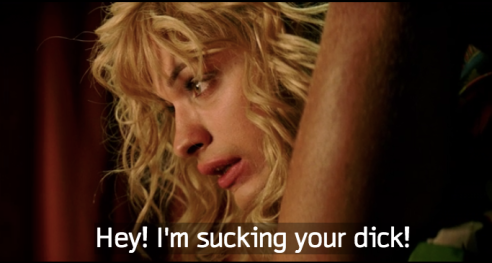 My favorite qualities of Almodóvar are his focus on messy people being messy, beautiful looking pictures, and the smaller moments his characters have. Here we got the first two in spades and the film was entirely about that. This was not like Volver where I was just longing for the film to be something different than it actually was. It was about very damaged people using and experience art and creating art and dealing with the trauma of their lives and it just was so well done. Something about this film felt so incredibly true to the experience of being alive and trying to get in touch with your emotions, memories, and experiences. Lovely stuff.

It really seems like Almodóvar is a great filmmaker to grow up in that it is ideal to see his films as you gradually get older and older. Shotgunning many of his films in the last few months as I begin the early stages of middle age was honestly not too satisfying of an experience.

Seeing his most recent film now (January 2022) felt like the perfect time for me to see this particular Almodovar film. So many of his films are about messy people being messy, and there is plenty of mess here to be sure but there is just a level of wisdom to how his characters here respond to their emotions that resonated with me.

There are two particular moments that really stayed with me. As Ana packs up his biological daughter to take her away from Janis, there is a small detail of Janis helping to make sure the daughter she has raised is safely packed in her carrier. The next morning then as Ana and Janis talk on the phone about Ana taking her daughter away, Janis rather calmly (and mostly rightly) taking responsibility for what happened. These were just such powerful moments of characters responding to their emotions like adults, and I loved the film for it so much.