This pilot was the first attempt by anyone to make a full-on X-Men television show. The episode is absolutely insane for reasons we will get into. This world was not ready for it though, and the pilot was tragically not picked up. Matt Waters and I discussed this project and other X-Men related cartoons! I just re-visited that piece, and my opinions on it have largely not changed. Welcome to the latest edition of MARVELOUS ANIMATION. 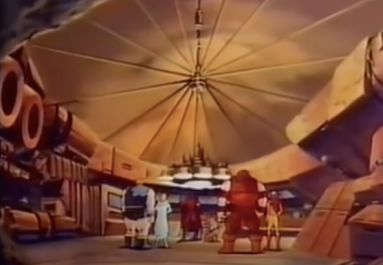 The opening voiceover by Stan Lee tells you everything you need to know about this portrayal of the X-Men characters when Magneto’s team is announced as the “Brotherhood of Mutant TERRORISTS.” TERRORISTS! AND THEY REFER TO THEMSELVES AS TERRORISTS! Whenever I revisit this thing as an adult, I always find that part jarring. It also easily transitions us to our next point…

2. Magneto is just a total psychopath

Magneto’s master plan in this episode is truly one of the most insane plans in comic book television and film history. He stole a mutant empowering device from the Xavier Institute, brought the device to Asteroid M, and then used the machine to DRAG A COMIT FROM SPACE TO DESTROY THE EARTH. What exactly was gonna happen after the comet destroyed life on Earth??

3. Kitty Pryde is set up as the main character 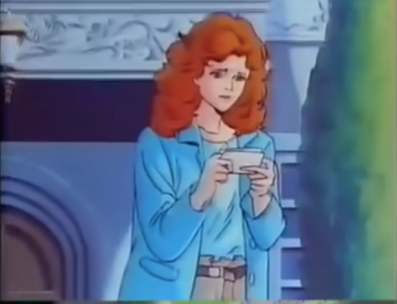 Kitty Pryde is 14 years old. Charles Xavier telepathically invited her to join his weird private army. Kitty did not tell her parents where she went. She is immediately thrusted into the protagonist role as she becomes the audience stand-in to introduce us to the world and then she plays a role in every major plot points throughout the full episode. And boy are there plot points.

4. Insane amount of plot in this pilot. 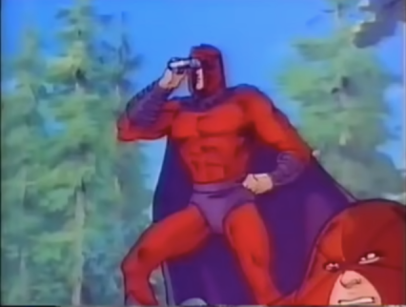 5. The Dazzler is here 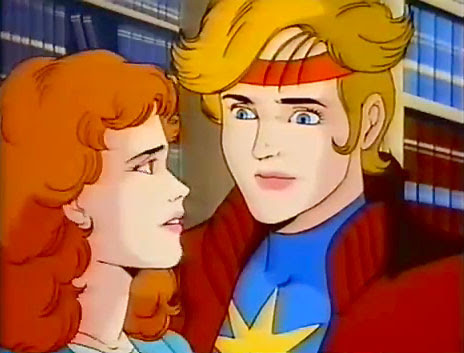 Dazzler’s powers have always felt a tad generic but you know another mutant who can shoot lasers from their body is not really a bad thing! I note it here because she does not pop up too much on the big or small screen.

6. Wolverine is Australian for some reason

There is a convoluted story as to how wires got crossed and Wolverine ended up being voiced with an Australian accent. It’s a real rough accent but honestly it’s worth it just because it greatly contributes the insane energy of this thing.

7. Charles Xavier’s powers and their limits are not very clear! 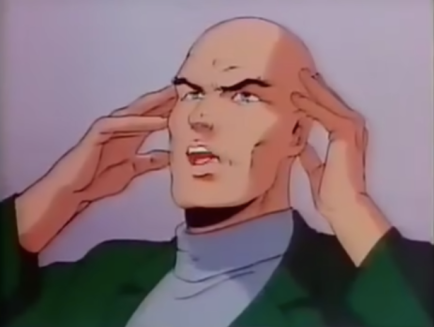 Charles Xavier is seen to be EXTREMELY powerful in the show. That in it of itself is not totally weird. The odd part though is that Charles seems to dial it back for no rhyme or reason. The weirdest example is that it’s revealed that Magneto’s helmet does not block Charles like it does in other versions of the characters…but Charles does not take advantage of it and just lets Magneto and Juggernaut wreck the mansion and nearly kill him and Kitty.

In one of the most bizarre continuity errors I have ever seen in an animated program, Xavier casually lifts up his leg at one point as seen above. Again, this episode has just an absolutely wild energy.

9. Probably one of the most Status-Quo-y takes on X-Men

Between everything Magneto does being labeled terrorism and the X-Men’s stated reason for existing being to fight Magneto, this show more than any other portrayal really seems to conforming to the status quo. Stan Lee starts off the episode with like a Red Scare speech about “Be afraid! Anyone you know might be a mutant!” And that kinda captures the tone of the episode, and it seems like the X-Men are not bothered by it. I did not explain this well but just trust me, I am right.

10. Final confrontation where the heroes and villains pair off is very fun

The climatic action scene has an X-Men member and BROTHERHOOD OF TERRORIST member pair off to fight scene by scene. It kicks ass. Various films and shows have tried to recreate this dynamic but it’s never actually worked as well as it does here. It’s probably the one fully irony-free compliment you can give this thing.

The cherry on top of this madhouse episode of television is that it ends on a DEATH FAKEOUT. The whole X-Men team starts to mourn Nightcrawler only for him to be revealed to be alive five seconds later.