I did the thing. I watched all of Twin Peaks (Okay, I still have to get to The Missing Pieces but the library is very late to shipping it). It was good. I have a handful of thoughts I am gonna share. They are all boring and surface-level takes though!! Read Willow Maclay’s essay on Twin Peaks instead!!

It is not brand new information for anyone who has been paying attention, but Kyle MacLachlan really was tremendous throughout the original run, the flick, and the mini-series return. The latter in which he really had to carry the action while essentially three different characters: Dougie the Himbo, Terminator Kyle, and Dale Cooper. He was excellent in all three roles (as you would expect) with the Dougie Jones story in particular probably being the best thing ever to exist on the screen.

2. Love the old characters but, yes, it was nice that Naomi Watts and Robert Forster were playing two of the main characters of the season

We all love the old characters. For the most part, the mentality from Frost and Lynch seemed to be that “less is more” when it came to the vast majority of the original cast of Twin Peaks. This was for the best. Naomi Watts and Robert Forster ended up doing a lot of heavy lifting in The Return and they were both predictably excellent in their roles. The lack of awards for these two was BULLSHIT!

Huge props to David Lynch to getting some extra checks by writing himself one of the biggest roles of the season! Luckily Gordon Cole is exceptionally entertaining, and there was something oddly comforting about his presence given how spooky and disturbing so much of the show tends to be.

4. Matthew Lillard is really that good!

Anything that reminds people or lets them know that Matthew Lillard can fucking go is a great thing. In a more just and entertaining world, character actors like Lillard would be tearing it up in high profile roles every year. Instead, we live in this world.

5. THAT LAST SCREAM OH MY FUCK 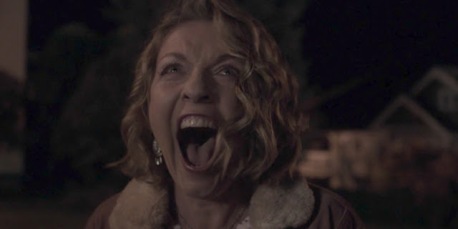 I was finishing up the show at 1pm in the afternoon. The sun was shining. And the final moments caused me to feel literal fear. You would have thought I was watching this at midnight in an isolated cabin in the woods given the goosebumps and chills I experienced. Un. Fucking. Believable.